How to chart your fertility

Know When It's Time

For many women, charting monthly menstrual cycles is the first step in the journey to parenthood. Here, Dr. Melissa Esposito, a board-certified reproductive endocrinologist at Shady Grove Fertility Center in the Washington/Baltimore metro area, answers your questions about charting. 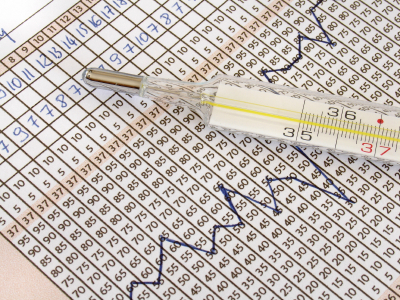 Whether your period has been regular since you were a teenager, or you've never paid much attention to that time of the month, getting in tune with your menstrual cycle is important when trying to get pregnant.

So, what's up with my cycle, anyway?

You probably learned in health class that 28 days is the length of the average cycle — but that's just not true for all women. To figure out your most fertile days, Esposito suggests this calculation:

"The first day of bleeding is considered to be Cycle Day 1, and the length of the cycle is from Cycle Day 1 to the next Cycle Day 1 of the subsequent cycle. In general, for women with regular cycles, the second half of the cycle — called the luteal phase — should always be 14 days long. So, to figure out when a woman is ovulating, she need only subtract 14 from her total cycle length to get her day of ovulation — i.e., a woman with a 30-day cycle would subtract 14 from 30, resulting in a Cycle Day 16 as the likely day of ovulation."

Get a customized ovulation calendar >>

How do I chart my cycle?

One option for charting is to keep a close eye on cervical mucus. The amount and consistency of mucus changes throughout your cycle — typically dry for the first few days after your period, then slippery like egg white during ovulation. Look for changes throughout the month when going to the bathroom. You'll be able to notice the mucus on toilet paper.

Another option is to measure basal body temperature:

According to Esposito, these kits can be very helpful in determining ovulation time:

"The OPKs detect LH hormone in the urine — which is usually detected around 12 hours after it is detected in the blood. This generally means that the female will be ovulating in about 24 to 36 hours. If the kit turns positive, the LH hormone has been detected, so ovulation is going to occur. The couple should have intercourse so that the sperm can be waiting for the egg in the tube where fertilization occurs."

What if I have an irregular cycle?

"For the basal body temperature tracking method to be an effective and reliable way to determine ovulation, the woman must have near-perfect cycle regularity. An increase in temperature is not noted until two days after the LH peak. If the woman can figure out from the charts when ovulation is occurring, then she should time intercourse about four days prior to and two days after ovulation, every other day.

"If a woman does not have a regular cycle, then charting will likely not be very helpful. Typically, irregular cycles indicate that a woman is not ovulating regularly. So, I would counsel such women to seek a fertility specialist's help sooner rather than later."

Depending on your situation, a fertility specialist may prescribe medications such as Clomid or injections to stimulate your ovaries to ovulate.

Is charting a foolproof way to tell when I'm fertile?

Even if your cycles are regular, charting is no guarantee as to when you're most likely to get pregnant.

When should I consult a fertility specialist?

Esposito recommends a consultation if you've been trying to get pregnant for more than a year, or more than six months if you're 35 or older.

Once I've had a baby, is charting an effective way to avoid pregnancy?

"It most certainly is not a reliable method of avoiding pregnancy," says Esposito. Talk to your OB or midwife about birth control options until you're ready for another baby.

Whatever approaches you take to conceiving, remember that no two journeys to parenthood are the same. Choose the options that are best for you, and be open to talking with a fertility specialist if needed.

Don't forget to check out our customized pregnancy calendar, which allows you to track your pregnant, keep track of appointments and is even a journal to help record your thoughts during this special time.

More about fertility and trying to conceive