Stomach flu, or labor and delivery?

A woman had no idea she was expecting her second child — instead, she thought she was suffering from the stomach flu. Surprise! 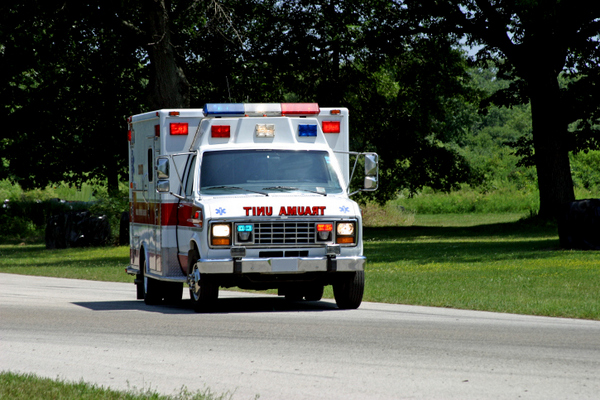 A Connecticut family of three had no idea that a fourth family member was on his way until shortly before he was born — why? Because the unknowing mom-to-be thought she had the stomach flu and had no idea she was expecting a baby.

A surprise for the whole family

Jennifer Scollin lives in Connecticut with her boyfriend and their 4-year-old daughter. She had been experiencing stomach pain and some nausea, but assumed that she had a stomach flu that had been going around. However, Saturday morning she started experiencing severe pain and called her boyfriend to come home.

Soon after he arrived, her water broke and they quickly realized that she wasn't suffering from the stomach flu — she was pregnant and the baby was on the way. They phoned for an ambulance because she realized that there wasn't enough time to drive to the hospital.

The ambulance arrived and the staff asked if she could walk to the vehicle. She was able to, but just barely — no sooner had she gotten in the ambulance when she felt the urge to push and in two pushes, her baby was born.

Her baby wasn't a small one, either. He weighed in at 9 pounds, 3 ounces and was in good health, as was his surprised mom. She told reporters that she had continued to have her period each month and never really felt any different during her full-term pregnancy. They named their little boy Cole and shocked the heck out of her parents, who were called and told they had a surprise grandson.

My biggest baby was 8 pounds, 9 ounces and my smallest was just under 8 pounds. They all felt gigantic when they resided in my womb, particularly towards the end of each pregnancy. I'm amazed that this gal was unaware of an on-board resident who weighed over 9 pounds — amazed and a bit jealous.