Baby Thrived Despite Being Out Of Mom's Uterus

A pregnant woman had a surprise when doctors discovered her fetus floating in her abdominal cavity. Fortunately, both Mom and Baby survived. 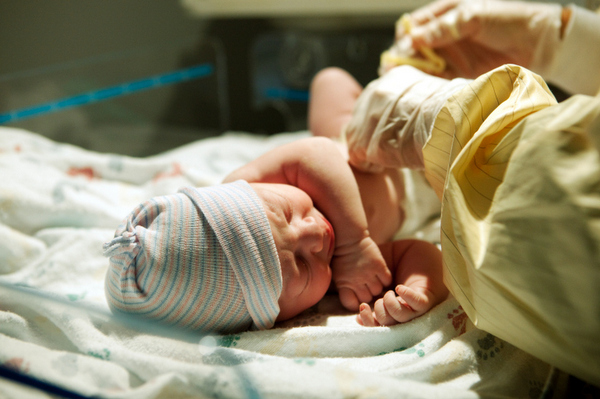 A pregnancy takes place in a uterus, right? Well, in rare cases, a pregnancy will take root in other places inside a woman's body. An ectopic tubal pregnancy you may be familiar with — these can be deadly and the pregnancy must be removed. However, in extremely unusual situations, a woman will experience an ectopic abdominal pregnancy. Often, the outcome isn't a good one, but in some circumstances, a healthy baby will be born. Amazingly, this just happened to a 22-year-old woman, who was released from the hospital after delivering a healthy girl.

The 22-year-old woman went to the doctor because she was suffering from a severe stomachache. She was 32 weeks pregnant and when doctors examined her, they realized that her baby was not in her uterus, where it should be — instead, she was effectively floating in Mom's abdomen. Once they discovered that the baby was somewhere she shouldn't be, they hustled Mom into an operating room and delivered her baby girl.

Fortunately, the baby was alive and healthy and the pair has returned home in good health.

How rare is an abdominal pregnancy?

Well, everyone has an abdominal pregnancy, correct? Not really. Your abdomen does swell, but the pregnancy itself is contained within your uterus. Ectopic tubal pregnancies are more common than one that plants itself in a woman's abdomen — these more unusual types are estimated to occur in one out of every 10,000 pregnancies.

Despite ultrasound technology, it can be hard to diagnose an abdominal pregnancy. The mom in this story had undergone several sonograms and her unusual pregnancy wasn't picked up until she presented with severe stomach pain.

Often, if it's found early enough, these types of pregnancies will be removed. If discovered later, the moms-to-be may be allowed to try to carry as long as possible, but they will need to be monitored closely, of course.