Horse pregnancy hormone may lead to better outcomes for humans

What does a horse’s pregnancy have to do with yours? Maybe a lot, if you’re at risk for premature delivery. 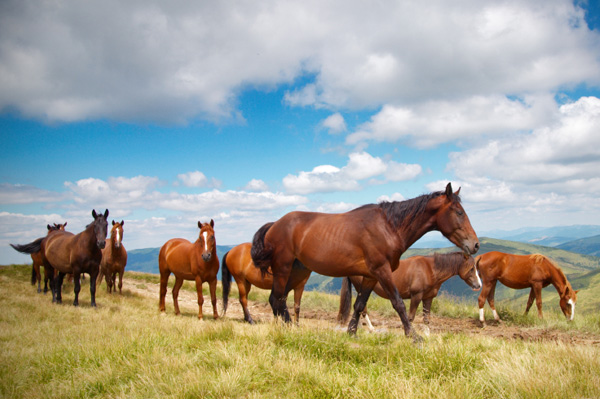 Despite progesterone being entirely absent in the latter half of a horse's pregnancy, these magnificent mammals have no problem carrying their babies to term. It turns out they have another hormone on board that has been undiscovered — until now. And scientists think that this may pave the way to treatment for human pregnancies where premature delivery is a possibility.

You may have heard of progesterone, especially if it’s been a problem for you during your own pregnancy. It’s a hormone that we secrete and utilize to maintain our pregnancies and we’re not alone — pregnancies amongst all mammals, humans included, cannot be carried to term without it. A problem that some pregnant women run into is that a deficient amount can lead to miscarriage and some moms-to-be have to take progesterone supplements to help maintain their pregnancies.

However, horses only produce progesterone up until the halfway point of their pregnancies and this has always been a pretty big mystery. Scientists suspected there was another hormone at play within the horse’s reproductive cycle and they’ve finally found out what it is — dihydroprogesterone or DHP. They say that this hormone is just as powerful as progesterone is in maintaining pregnancies and study author Professor Alan Conley says that this ends 50 years of speculation on the subject. Mystery solved!

This information is scientifically interesting, of course, but how can this be applied to human pregnancy? The researchers say that the characterization of this previously-unknown hormone may actually lead to better therapies for preventing premature labor by utilizing this naturally-occurring hormone without the risk of synthetic drugs. This is pretty big news.

Fascinating stuff and I’m glad they finally discovered what was going on. Who knew that a horse pregnancy hormone may lead the way for premature delivery prevention in humans?