A new study suggests that babies as young as nine months old can understand relationships — and already have expectations about them. 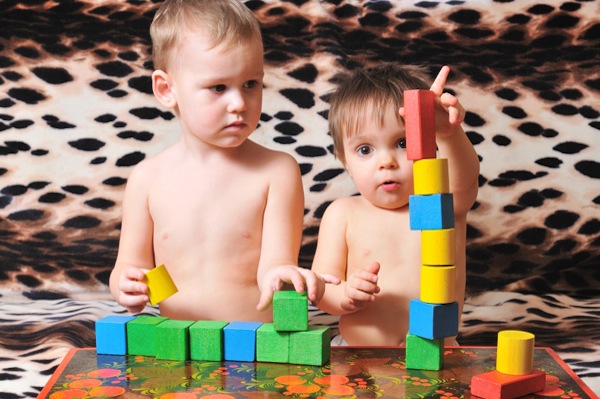 Amanda Woodward, a psychology professor at the University of Chicago, and her research team, set out to show that babies have an expectation about people's interactions with one another. This expectation may not be learned, but inherent. Of the study findings, which were published in January's issue of the Journal of Experimental Psychology: General, Woodward said, "9-month-old infants are paying attention to other people's relationships. Infants are able to watch two strangers interact in the movie and then make inferences about whether those two people are likely to be friends."

Woodward and the team of researchers presented a group of 64 babies, who were 9 months old, with two videos of two actors eating an unidentified food from two different colored containers. Sometimes the actors smiled and said, "Oh, I like it." Other times, they made faces of disgust and said, "Eww, I don't like that." The actors either had similar tastes or opposing ones.

Afterwards, the babies were presented with another video of the two people meeting and either being friendly to one another or giving each other the cold shoulder.

So, how did Woodward and her team conclude what the babies reactions were to the videos? She told LiveScience, "When [babies] see events that are inconsistent or unexpected, they tend to look at them longer."

In this case, the babies looked longer at the videos of people with opposite food preferences who were friendly to each other, leading the researchers to believe that the babies expected the two people who disagreed on food to not be friends. The babies also looked longer that the people who were unfriendly toward one another, yet still liked the same foods.

Based on this study, Woodward and her team believe babies expect people with similar likes and dislikes to be friends and those who disagree to be unfriendly. Woodward believes that babies may, in fact, be "wired" to expect this type of behavior. She said that "babies probably didn't learn this expectation from experience. It's some expectation that they are, in some way, prepared to have."

Do you think babies inherently know about friendship and social interactions?

More on research and studies