Can Exercising During Pregnancy Make Your Baby Smarter?

Would you exercise for just 20 minutes three times a week throughout the course of your pregnancy if it could make your baby smarter? 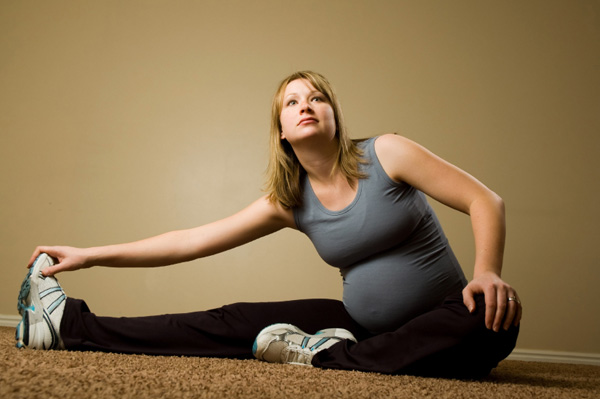 A small study conducted by researchers at the University of Montreal suggests that a 20-minute exercise session three times a week may help boost newborns' brain activity.

For the study, the researchers split a small group of women all of whom were entering their second trimester into two different groups — women in the first group were recommended to do at least 20 minutes of moderate cardiovascular exercise three times a week, while women in the second group did not engage in any type of exercise during the study.

Using electroencephalography (EEG), researchers recorded the electrical activity along the babies' scalps between eight and 12 days after birth. One hundred and twenty four electrodes on the babies' heads measured their responses to different sounds. Researchers found that the babies whose moms were in the exercise group appeared to process the sounds better which the researchers believe could have implications for their overall brain development.

Study researcher Élise Labonté-LeMoyne, a Ph.D. candidate in kinesiology at the University of Montreal, said in a statement, "Our results show that the babies born from the mothers who were physically active have a more mature cerebral activation, suggesting that their brains developed more rapidly."

Working out during pregnancy

Before you exercise in the name of boosting your baby's brain, check with your doctor to ensure that you're healthy enough for exercise during your pregnancy and to find out the types of exercises that he recommends for you. While some women can continue jogging throughout their pregnancies, for example, it may not be for everyone.