Did she visit the self-help section? A California woman has a surprise delivery at her local bookstore. 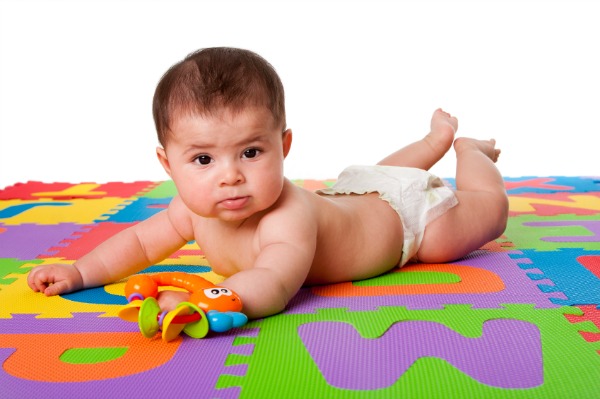 Not every birth happens when or where we would like, but some moms get an extra surprise when they have their babies in their cars, at work or even at their own baby shower. A California woman, however, got a pretty big shock when she wound up having her baby on the floor at her local Barnes & Noble store.

The story begins with a woman visiting a Torrance, California Barnes & Noble store to do some shopping. However, things didn’t go as planned. Within five minutes, she knew that something was going on. Firefighters received a phone call from the bookstore that there was a woman in labor and she needed help. After their arrival, they were deciding whether or not to load her on the ambulance when it became apparent that the baby was not interested in waiting for a ride to the hospital — it was baby time.

They draped a cloth to attempt to give her some privacy, and it was reported that 20 or so onlookers were milling around. Employees of the store had to request that they not take photos or videos of the birth (seriously, can you imagine?) and the baby boy was born healthy.

Mom and baby were transported to the hospital after the birth and both were reported to be in great condition, and the firefighters that helped her as well as the store employees wrapped up a pretty fabulous Friday evening. It’s not every day that you get to witness the birth of a child, so that had to be pretty exciting and neat for all involved.

No further details, such as the name of the mother or her baby, have been released, but you can be sure that she will really enjoy telling her son the unique manner in which he entered the world. And I have to wonder if Barnes & Noble will give her and her baby a gift for all the free publicity.

Mom has surprise baby, boyfriend sleeps through labor
Surprise! Mom gives birth at her own baby shower
Surprise baby for mom with her tubes tied