Pregnant women have been advised to limit certain types of fish during pregnancy due to exposing their babies to unsafe levels of mercury, but a new study out of the U.K. says this may not make a difference in a woman's overall mercury levels. 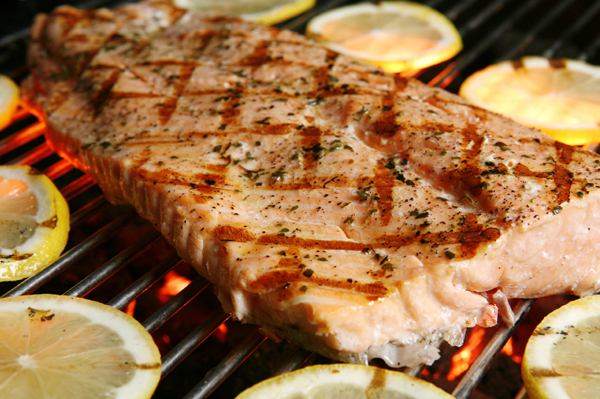 Fish is so beneficial for you, especially if you're pregnant. Studies have shown that important nutrients in fish, such as iodine, are essential to fetal development. However, studies have also shown that there can be too much of a good thing — in the case of fish, too much mercury. Some fish have higher levels of mercury, and it has been thought that limiting consumption of those fish is a good idea for pregnant women. However, a new study has revealed that limiting those types of fish may not have an effect on a woman's mercury levels.

Doctors have long advised pregnant women to avoid certain types of fish altogether — fish such as shark, swordfish, king mackerel and tilefish, which are known to have the highest mercury content. There are also recommendations regarding quantities of other types of fish — shrimp, canned light tuna, salmon, pollock, and catfish are on the "green light" list, and experts recommend that pregnant women can enjoy up to 12 ounces per week of these types. White tuna (also known as albacore) generally has more mercury, so pregnant women are advised to limit that type to 6 ounces a week.

Researchers in the U.K. studied 4,484 women and the 103 types of food and drink they consumed during their pregnancies. The discovered that less than 1 percent of women had mercury levels above the threshold recommended by the National Research Council and the EPA.

In addition to fish, other foods on the list that were found to contain mercury were certain types of herbal tea and alcohol.

They were able to conclude that eating less mercury-laden fish during pregnancy would have little to no effect on a pregnant woman's mercury levels, but I would personally stick with the above recommendations on which types of fish to avoid and what portions to consume.

"We were pleasantly surprised to find that fish contributes such a small amount to blood mercury levels," said Jean Golding, professor at the University of Bristol in England. "We have previously found that eating fish during pregnancy has many health benefits for both mother and child. We hope many more women will now consider eating more fish during pregnancy."

I agree that pregnant women shouldn't avoid fish altogether because of the previously-mentioned health benefits, but if I was expecting a baby, I wouldn't make it a goal to start wolfing down swordfish every week. Some of the types with lower mercury content should be a part of a healthy diet, and remember to eat plenty of other healthy foods too.

Pregnancy anxiety may ease with fish consumption
Excessive pregnancy weight gain linked to childhood obesity risk
Where does the baby weight come from?