What's Up With That?

Many parts of pregnancy are wonderful and amazing. And then there are those weird and downright embarrassing symptoms. 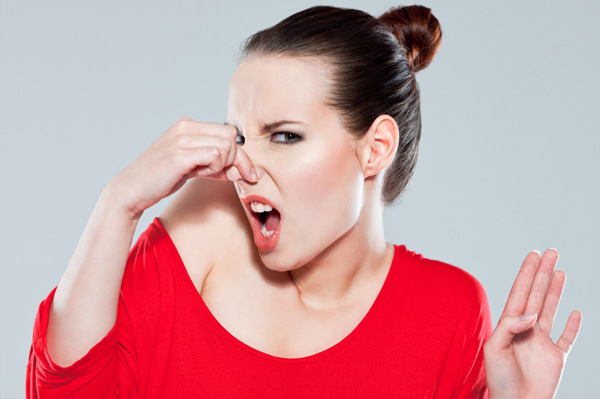 According to The American Pregnancy Association, acne can rear its ugly head due to elevated hormone levels during pregnancy. While many prescription drugs are available to treat acne, the APA advises against using them during pregnancy and suggests checking with your doctor before trying any over-the-counter anti-acne astringents or creams.

According to the Mayo Clinic, burping and flatulence are totally common during pregnancy. Excess gas is caused by an increase in progesterone, which slows digestion and provides more time for gas to be produced. The enlargement of the uterus crowds and shifts the intestines, slowing digestion even more and leading to more gas. The explanation for it doesn't make it any less embarrassing, though! So what's a girl to do? To limit gas production, avoid gassy foods like onions, cauliflower and cabbage as well as fried and fatty foods, scale back on carbonated beverages, eat smaller, more frequent meals and stay active.

As you get farther along in your pregnancy and your growing uterus begins to put more pressure on your bladder, you may notice small amounts of leakage throughout the day — especially when you laugh, cough or sneeze. To avoid this, do Kegal exercises every day, go potty often to empty your bladder and avoid soda, coffee, citrus and tomatoes that can irritate the bladder. However, don't cut back on all liquids to help avoid leakage — continue to drink eight glasses of water a day to avoid dehydration and urinary tract infections.

During your pregnancy, you may notice a stronger odor coming from down there. According to WebMD, it could be due to your heightened sense of smell during pregnancy or it could be a result of the increase of vaginal mucus that occurs in the later stages of pregnancy. If you notice a strange new scent, let your doctor know so he can evaluate you to ensure you don't have an infection.

According to March of Dimes, hemorrhoids during pregnancy can be attributed to straining, to the growing uterus putting pressure on the lower body to pregnancy hormones that allow the walls of the veins to relax, which in turn cause them to swell. To avoid getting hemorrhoids, stay active, drink plenty of water, eat high-fiber foods and go to the bathroom as soon as you feel the urge.