Study Finds Risk
Increases With Use

Feeling congested? Pick up that neti pot instead of reaching for an OTC medication. Research has shown a link between over-the-counter decongestants and certain rare birth defects. 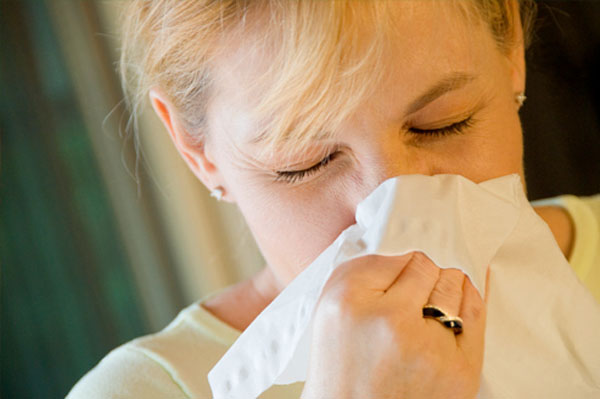 Over-the-counter medications can really help you out if you are ill, but if you’re pregnant, you might want to reconsider taking an OTC decongestant --  a new study has found a relationship between early pregnancy use of phenylephrine and psuedoephedrine (common decongestants found in medications like Sudafed) and rare birth defects of the heart, ears, and digestive tract.

The study was led by Dr. Allen Mitchell, director of Slone Epidemiology Center at Boston University. Nurses interviewed thousands of mothers whose children were born with and without birth defects from 1993 to 2010. They also collected information about the medications the moms used in the months leading up to pregnancy as well as the early part of pregnancy. In total, they studied 12,734 infants with non-chromosomal deformities, and 7,606 infants without.

These defects, while not necessarily life-threatening, usually need to be corrected with surgery.

It was noted that the overall risk of these birth defects is quite low -- even the associations found in these studies had the risk of occurring one out of every 1,000 births. "Since the absolute risks for these rare birth defects are still very small, pregnant women should not be very worried after having used these drugs," said Marleen van Gelder, an epidemiologist at Radboud University Nijmegen Medical Center in the Netherlands.

If you’re looking to become pregnant, or are in the early months of your gestation, there are other ways to deal with colds and congestion. One suggestion is that moms-to-be use a neti pot, which can help clear the sinuses and remove excess mucus.

Also, always ask your doctor before taking an over-the-counter medication, because they can have side effects just like prescription drugs can. Some are mild, but some can be dangerous, so work with your care provider to find a solution that won’t harm you or your baby.

Pregnancy healthy meal planner
Healthy ways of managing stress during pregnancy
Is it OK to fast while pregnant?