Load Up On Oils,
Nuts And Seeds

A new study says that moms who eat certain types of healthy fats during pregnancy were found less likely to have a child on the autism spectrum. 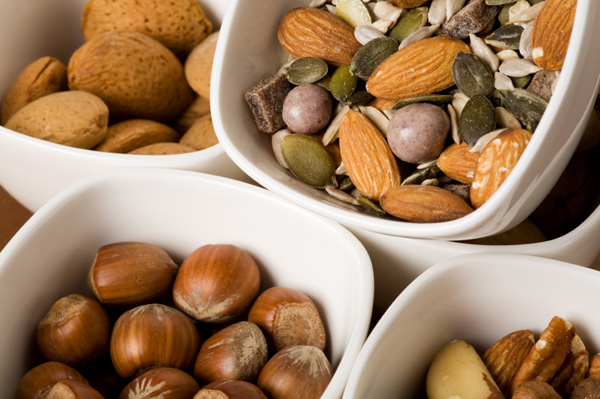 No one really knows what causes (or contributes to) autism, but research conducted frequently to try to determine if there are factors in play that are within our control. Recently, researchers have connected consumption of omega-6 fatty acids in pregnant women to a reduced risk of their children developing autism, and also found a similar link to omega-3 fatty acid consumption.

You probably know that some kinds of fats are bad for you, but not all types. Linoleic acid, for example, is a type of healthy fat -- an unsaturated omega-6 fatty acid that is found in vegetable oils, nuts and seeds.

Many familiar vegetable oils have linoleic acid, such as safflower oil, sunflower oil and even corn oil. Others that you might not be so familiar with are poppyseed oil, salicornia oil, grapeseed oil and hemp oil. It’s also found in quite a few nuts and seeds, such as walnuts, sesame and pistachio. Other sources are chicken fat and egg yolk, and there is even a small amount found in butter.

For omega-3 fatty acids, it’s recommended that pregnant women eat around 200 milligrams each day. Good sources are salmon, herring and sardines, which tend to be low in mercury -- women can eat up to 12 ounces a week.

The reason for the potential connection is not known, but fatty acids have been shown to be essential for brain development in a fetus. Either way, these fatty acids are terrific for you, so eat up!