Police officers thought they were pulling over a speeder, but they got a huge surprise when they discovered a pregnant woman giving birth. 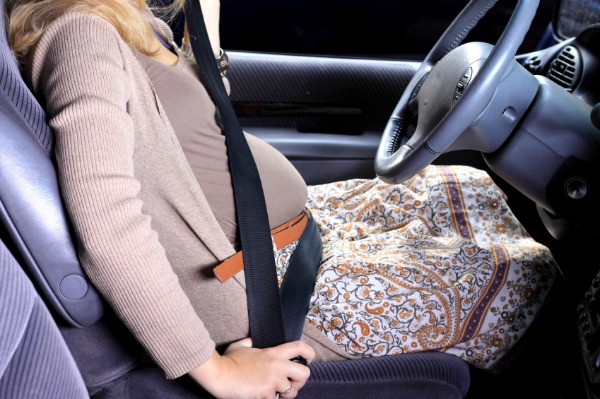 It was just a routine traffic stop for Milwaukee police officers Xavier Benitez and Adam Bradley -- or so they thought. They noticed a red car running red lights, driving erratically and honking, so they thought they were dealing with a drunk driver. Imagine their surprise a few moments later, they were delivering a baby girl on the side of the road.

When the officers approached the car, they didn’t know what they were dealing with at first, because they heard a woman moaning in pain. Upon closer inspection, they discovered what was really going on. “As I approached, I saw she was actually giving birth,” Benitez said. “The head was fully crowned and everything. At that point I yelled across to my partner, ‘We’re having a baby!’”

The road the parents-to-be were traveling on was blocked because of a local fireworks show. The congestion meant that they didn’t have time to get to the hospital, so the officers just rolled with it and caught the baby. Benitez said he was the “catcher” and his partner was there for assistance.

They called for an ambulance and both the mother and baby were brought to the hospital to get checked out. The delivering officers then bundled the baby’s father and big brother into their vehicle and took them to join their new family member at the hospital.

Hopping in the car in labor

This mother was obviously in advanced labor when the officers arrived and even though she likely didn’t push on purpose, her body just did it on its own and out came baby. The article doesn’t indicate whether the couple was asked about timing -- how long ago did they hop in the car to try to get to the hospital? The traffic congestion played a big part in their travel troubles, so that probably meant that they thought they had more time than they did -- or maybe her labor went lightning fast and took them by surprise.

In either case, both mother and baby are healthy and the baby is super cute. And what a fun birth story to share when she gets older.

Mom has surprise 10-pound baby
Marathon runner didn't know she was pregnant
Babies on a plane: Born at 35,000 feet