A mom preparing for a half-marathon found herself in the hospital a day after she ran nine miles, having a baby she didn’t know she was pregnant with. 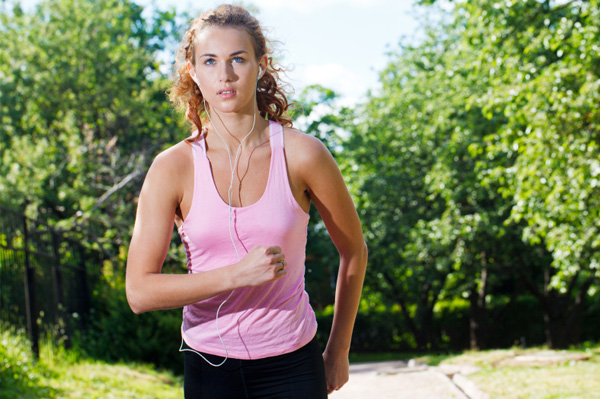 You’ve heard the stories about moms who didn’t know they were pregnant and maybe scoffed a little -- how can they really not know? But for Trish Staine and her husband John, it was a reality when she went to the hospital with severe pain and suddenly found out that it was a baby instead of a pinched nerve.

Trish was busy training for an upcoming half-marathon and ran nine miles on Sunday, so when she experienced back stiffness and pain she and her husband thought that it was a muscle strain or a pinched nerve. Her pain didn’t go away over that night -- in fact, it got much worse. John left to go to an appointment that day but as the hours went by, and nothing was helping her feel better, they started to get really concerned. “I felt like I was dying. I didn't know what was going on,” she said.

She went from crying to screaming and yelling out, and the decision was made to ask one of their older children to drive her to the hospital. The pain was too great for a car ride, so they fetched an ambulance instead, and by the time John got to the hospital, he was shocked to find out that doctors had detected a fetal heartbeat and what seemed like minutes later, she delivered a healthy baby girl.

They named her Mira, short for “miracle,” and despite being five weeks early, had a nice, healthy weight of 6 pounds and 6 ounces.

Trish had no pregnancy clues -- at all. No weight gain, no fetal movement, nothing that indicated that she was expecting a baby. In fact, she continued to train as a runner and was expected to run in a half-marathon later this month.

I am amazed. Granted, I was not in marathon shape when I got pregnant with my last baby, but by the end I could barely walk. Not only was my belly huge, my hips were out of whack and my back was killing me. I can’t even imagine walking one mile, much less running nine the day before I had her. Hats off to this fit mama.

More on exercising during pregnancy

Exercising with your baby
8 Months pregnant and competing in the Olympics
Surprise pregnancy: How can you not know?