Moms may be able to detect gestational diabetes earlier

Gestational diabetes can be a serious condition for a pregnant woman and her baby, but a study out of Japan may lead to a test that can give physicians an early clue that a mom may develop gestational diabetes at some point during her pregnancy. 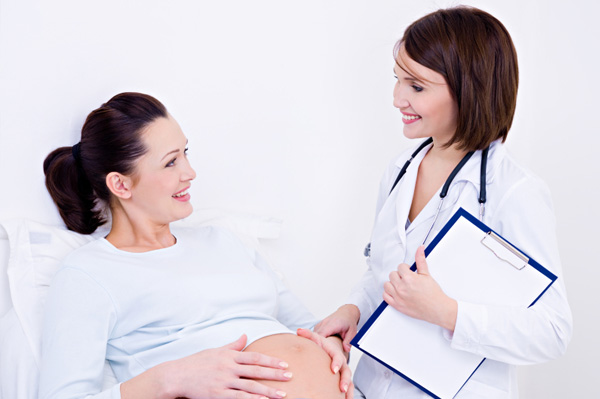 No pregnant woman wants to develop gestational diabetes, but it’s a fact of life for many who have to work to control it with diet and exercise, and in the more severe cases, with insulin. Researchers in Japan have discovered that a marker in the blood may be an early clue to moms who may be more likely to develop gestational diabetes -- which can lead to earlier intervention and better outcomes for the mother and her baby.

Gestational Diabetes is a term used to describe diabetes that develops during pregnancy without a prior diagnosis. A mom’s insulin receptors do not function properly and she can develop high blood sugar levels -- a situation that can have negative effects on her and her fetus. Babies of moms with gestational diabetes can be large for gestational age which can lead to delivery complications. They can also experience low blood sugar and jaundice, and in the most severe cases, seizures and stillbirth.

It can be controlled by a food plan and blood sugar screening. Some moms have to use insulin injections to get it under control, but moms who have success with these measures have smaller birthweight babies and fewer complications.

Most moms are screened between 24 and 28 weeks, but some are screened earlier if there is a strong family history or she has other risk factors, such as experiencing polycystic ovarian syndrome.

Researchers in Japan wanted to find out if there was another way moms could be screened earlier in their pregnancies and begin treatment sooner than with traditional screening methods. Staff at Tokyo Women’s Medical University have discovered a potential biomarker than can be used to determine a woman’s chances of developing gestational diabetes.

They discovered that the levels of soluble protein renin receptor were elevated in women who developed gestational diabetes -- they found that women with the highest levels were 2.9 times more likely to develop it than their peers with the lowest levels.

The team hopes that in the future the test could be used to help pinpoint moms with the greatest chances of developing gestational diabetes.