Pitocin not as safe for babies as previously thought

Adverse Effects On Babies From Pitocin

Recent research hints that labor augmentation or induction with Pitocin may not be as safe for babies as previously thought. 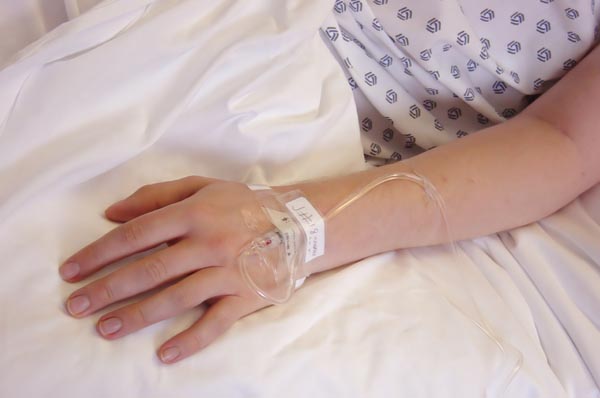 Pitocin, a brand of the naturally-occurring hormone oxytocin, is commonly routinely administered via IV to pregnant women during childbirth, either to kick start labor (induction) or to get it going again if it seems to falter off (augmentation). Side effects for pregnant women are known and recognized, but a new study is the first of its kind to research its effect on the baby also.

Moms report that a Pitocin-induced labor is more painful and intense than a natural labor, so many try to avoid its use if at all possible. Normally the side effects for Mom are absent or mild, but sometimes, particularly if she is given too much, it can lead to an obstetric emergency. Some of the reported side effects are nausea and vomiting, but it can also cause cardiac arrhythmia, hypertension, postpartum hemorrhage and uterine rupture.

Michael S. Tsimis, MD, and fellow researchers at Beth Israel Medical Center in New York City conducted a study of around 3000 deliveries that resulted in a full-term birth from 2009 to 2011. They discovered that Pitocin use was an independent risk factor for unexpected NICU admission that lasted for over 24 hours.. They also found that Apgar scores were affected as well -- it correlated with scores of seven or lower at five minutes.

“These results suggest that Pitocin use is associated with adverse effects on neonatal outcomes,” said Dr. Tsimis. “It underscores the importance of using valid medical indications when Pitocin is used.”

What this means for you

The study is a step in the right direction, but much more research needs to be done before such a medication is deemed unsafe. In the meantime, most practitioners can and do hesitate to administer Pitocin in a pregnant woman who isn’t ready for delivery unless it is medically indicated. Unfortunately, some hospital births are more “hurried up” than they should be and Pitocin is given to keep labor going because it isn’t moving fast enough. This can lead to a cascade of interventions that can include a c-section -- and in a worst-case scenario, a fatal outcome for Mom or Baby.

Don't request or accept induction when your cervix isn't favorable unless you have a true medical need for it, and even when things are looking good for induction, you might try to just let your baby come on his own time.

More on labor and delivery