Natural Worries Or Symptoms Of OCD?

It’s not uncommon for new moms to be on high alert when caring for their newborn, but now researchers are saying that some behaviors might be indication of obsessive-compulsive symptoms. As if new moms didn’t already have enough to worry about. 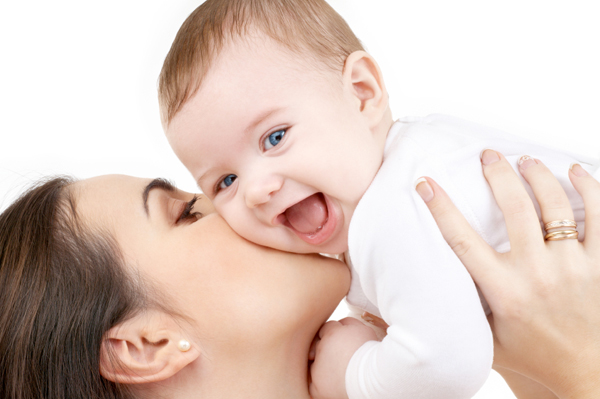 For new mothers, making sure your little baby is doing well is top priority. You might check to see if he or she is breathing while asleep, make visitors wash their hands (and then make them repeatedly apply hand sanitizer) when holding your little one, or wash and rewash bottles to make sure they are really clean.

What you’re doing might be more than just having your mama bear instincts take over. It could be an indication that you’re leaning towards obsessive-compulsive symptoms.

A new study by Northwestern Medicine, which was published in the Journal of Reproductive Medicine, found that women who have recently given birth have a significantly higher rate of displaying obsessive-compulsive symptoms versus the general population.

Researchers surveyed hundreds of new moms and found that 11 percent experienced significant obsessive-compulsive symptoms after giving birth. These rates are compared with 2-3 percent in the general population.

Fortunately, the symptoms are usually temporary. The study found that six months after giving birth about half of the women saw an improvement in their symptoms.

Symptoms of obsessive-compulsive disorder (OCD) can include repeated, persistent, and unwanted thoughts or images which can create anxiety.

Symptoms new mothers experience include repeated fears about injuring the baby and overly obsessing about germs. Temporary symptoms could be a result from hormonal changes and simply adapting to life with a new baby. If obsessive thoughts begin interfering with how a mother functions, however, that’s when medical assistance might be necessary.

"One of the questions this raises is, does this represent true pathology? Is this a disease in need of treatment, or are these very common thoughts somehow adaptive and appropriate to a new mother?" study author Dr. Dana Gossett, chief and assistant professor of obstetrics and gynecology at Northwestern University Feinberg School of Medicine, told The Huffington Post. "Where that line falls, we don't really know."

In other words, it’s understandable to be nervous about dropping or injuring your baby when holding her for the first few times, but if this leads to not wanting to pick her up out of the bassinet because of fear, medical intervention might be necessary.