Twins For The
Minnesota Twin

It’s an example of life imitating … well, baseball. The popular catcher of the Minnesota Twins, Joe Mauer, recently announced that he and his wife are expecting twins. 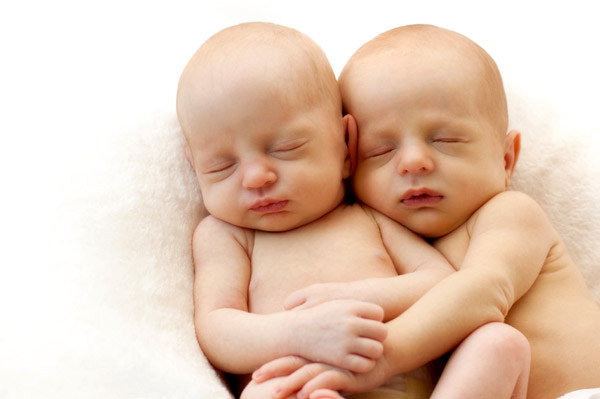 Joe Mauer, the only catcher in Major League Baseball history to earn three batting titles (the player in the majors with the highest batting average), brought even more reasons for his fans to love him. He and his wife announced that in August, two babies will be joining their family.

The announcement that the couple is expecting fraternal twins was made on February 27. What are fraternal twins, and how do they differ from identical twins?

Fraternal twins are the result from two eggs being released from mom during the same ovulation. While they grow together and are born together, they are no more genetically alike than siblings who are born as singletons at different times. This type of twinning is more common than those of the identical sort, where shortly after conception, the zygote splits and forms two embryos which are almost always genetically identical. Identical twins share many things but not everything -- for example, they do not have identical fingerprints.

The most common form of twins are one male and one female, and the least common are identical twin boys. Identical twins are just a random happening, where fraternal twins can be genetically influenced, but only on the mom’s side. So if fraternal twins run in your mother’s family, you may be more likely to have a set yourself, but if they run in your partner’s family, you are no more likely to be a twin mom than anyone else.

Of course conceiving twins isn't something that anyone can control, but this may just be the best marketing that the Minnesota Twins could have dreamed up. No matter what, these babies will be excitedly awaited by Twins fans everywhere as spring training wraps up and the regular season opens on April 1.

Why older women are more likely to have twins
Are you pregnant with twins - or more?
How to breastfeed twins