Sonograms from the comfort of your own home

Forget the baby shower -- some sonographers will actually come to your home to put on an ultrasound show for you and your friends. 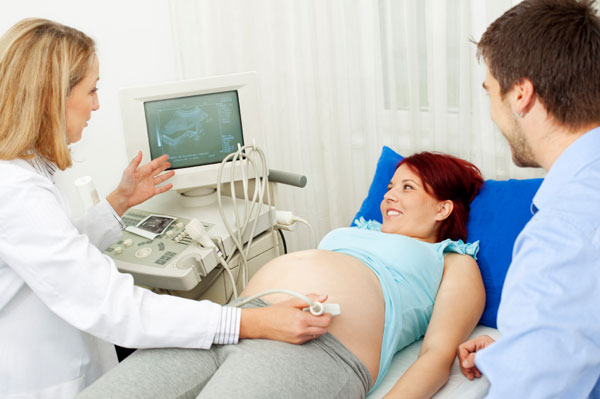 Have a hankering to see your baby? Don’t want to wait for your routine sonogram at your obstetrician’s office, or bother going to an ultrasound boutique? Some areas are now offering in-home ultrasound. The sonographer, for a fee of around $500, will come with her equipment to your home to show off your baby to all of your family and friends.

Although sonography in pregnancy is generally considered safe, experts still like to err on the side of caution. Many care providers only offer one or two routine ultrasound exams during a pregnancy, and the need for those is being questioned as well.

With ultrasound boutiques popping up nationwide at malls and other locations, it has raised some concerns about the wisdom of doing a medical exam like this for fun and entertainment. Sonograms use sound waves which are a form of energy, and there isn’t enough data available to justify willy-nilly ultrasounds just because mom wants to see her baby.

I totally understand wanting to see the baby. I really do. I was awarded a single sonogram during each of my pregnancies, and drank up every moment of seeing my new little person on the screen. I also wanted to find out the baby’s sex each time, and if we had been unable to, I may have considered paying for an additional look.

However, I understood the brevity of the exams, and I understand more research needing to be done on the subject.

The biggest issue I can see with in-home sonograms is the potential of something cropping up that you’re not prepared to see -- an anomaly that the sonographer can’t explain. Most sonograms take place and are then followed up by a doctor’s interpretation, something that you don’t have the luxury of at home.

The best idea is to invite as many friends and family members to the office when you get a scan, or have a video made so you can show it off at home.

Is it a girl? How an ultrasound can tell
Accuracy of ultrasounds
How long does a routine ultrasound take?