Surrogate And Mom Both Get Pregnant

In a surprise twist, both a gestational surrogate and the biological mother became pregnant, and both with twins! Read on to learn how. 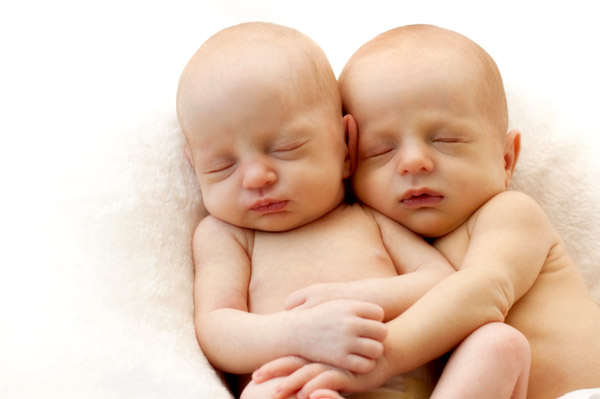 A couple from Seattle, who spent a decade and thousands of dollars trying to conceive a child, are now expecting four. As a last-ditch effort, Misty and Brian Baker's close friend volunteered to be a gestational surrogate for the couple.

A gestational surrogacy is when an embryo, created using in vitro fertilization, is implanted into the uterus of another woman. The baby, then, is not biologically related to the womb he grows in. This is unlike in a traditional surrogacy, where the surrogate's egg is fertilized with the intended father's sperm.

Since the Bakers had been through IVF themselves several times, they had plenty of experience with the procedure. Surrogacy requires hormones for both mom and the surrogate, and it can be draining, both emotionally as well as financially. There is always the risk that a pregnancy won't be viable and there are legal issues to deal with as well.

Doctors decided to implant the two healthiest embryos into their friend Amber Pluckebaum, and four of lesser quality into Misty. Misty was expecting that this round of IVF would fail, as many others have before, but she got the surprise of her life when she discovered that not only was she pregnant, but was pregnant with twins.

And even crazier, Amber also came up pregnant -- with twins. So now the Bakers have four babies headed their way sometime within the next month or so.

Misty has a boy and a girl on board, while Amber is carrying two girls. This unique quadruplet set will be named Connor, Hope, Madison and Victoria. Both moms are due in June, although as with many twin pregnancies, doctors expect them to arrive earlier.