The AAP Says Zero Screen Time Is Best For Babies And Young Toddlers. 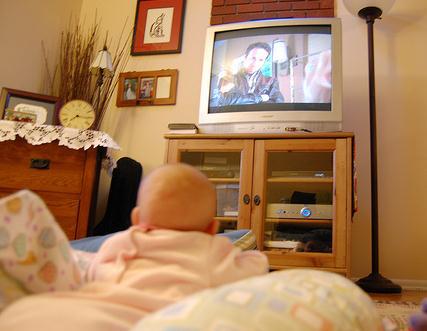 According to the AAP, recent survey results show that as many as 90% of parents let their young children watch some form of electronic media. The survey shows that on average, children under the age of two are watching one to two hours of television per day. By age 3, a surprisingly large amount of kids (1/3) actually have a television in their bedroom. Why are so many young children camped out in front of the TV? The AAP notes that many parents believe that educational television is “very important for healthy development.” In their new policy statement, the AAP points out that this is not actually the case and that young children gain more developmental advantages from playtime with a parent then they do from screen time. Some key findings from the AAP include: Best practices for baby screen-time: What do you think of the new AAP recommendations? Do you think kids should spend less time plugged in, or is the AAP overreacting? + Babies and toddlers should learn from play, not screens (pdf) Image ©Flickr user N8tr0n