Bleeding gums during pregnancy - worry or not?

Good oral health during pregnancy is essential for may reasons. However, if you're seeing pink when you brush, you may think, "I should brush and floss a little less." That's not true though. 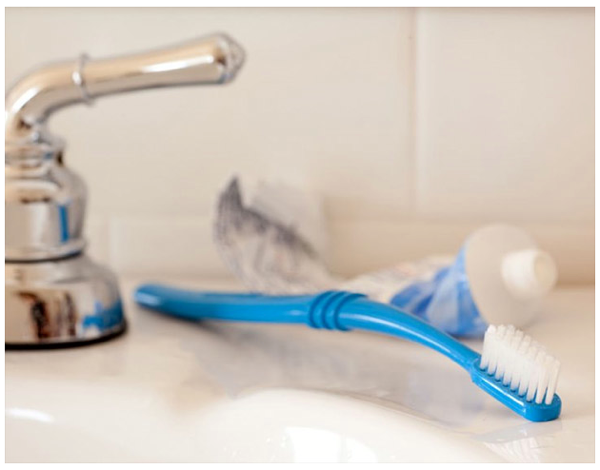 Some gum bleeding can be expected during pregnancy due to progesterone levels in your mouth that can cause your gums to swell and then bleed.  The best thing you can do, is to keep on brushing and flossing on a regular schedule. Normal brushing and flossing will not hurt your gums, and will in fact, reduce your chances of developing gingivitis and other problems. You don't need a fancy, expensive toothbrush either. My favorite toothbrush is the plain ol' Preserve Toothbrush shown above, which is made with recycled plastic.

Excessive bleeding from the gums after flossing or brushing can, in some cases, be a sign of a bleeding or clotting disorder. Since bleeding and clotting disorderscan harm your reproductive health, it's important to see your doctor if you experience ongoing gum bleeding.