A drink or two suddenly deemed safe for pregnancy

A New Study Says That Some Alcohol During Pregnancy May Be Safe - But Do You Really Want To Risk It? 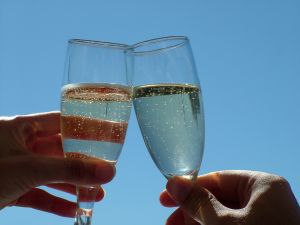 Well... here's what I think. Basically what it comes down to is this. While some people may be happy because this study gives women the green light to have a couple of drinks during pregnancy, is it honestly worth the risk? When you're pregnant you absolutely need to weigh every action you take with any associated risks, and when it comes to alcohol, we do know that there are substantial risks to drinking while pregnant. Everything you ingest crosses the placenta and that includes alcohol. Drinking during pregnancy has been linked with an increased risk of leukemia, major birth defects, pre-mature labor and more. Not to mention alcohol is empty calories. Why stock up on calories you don't need? I agree with Dr. Michael Katz, senior vice president for research and global programs at the March of Dimes Foundation who says, There are no precise measures of alcohol intake. It's a ridiculous argument. There is no logical reason why anyone could not stay away from alcohol for nine months." Indeed! Is there any reason on earth you can't avoid alcohol for nine months? For the safety of your baby? This new study may say it's safe to have a couple of drinks, but long-time research suggests that we don't actually know the safe level of alcohol during pregnancy, so why not skip it? Better safe than sorry, especially when the possible consequences are 100% avoidable AND when you have perfectly safe non-alcohol drinks at your disposal. This new research will be published in the Journal of Epidemiology and Community Health. *Source