Wake up sperm with coffee 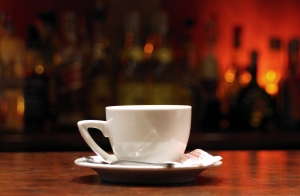 The study also suggests that new coffee-based treatments should be developed for men with poor sperm movement since poor sperm movement can hinder conception. It's a pretty cool study - but then I'm sort of a coffee freak. The downside is that coffee, sadly, does not have the same effect for women trying to conceive. If you're a female, caffeine can actually hurt your chances of getting pregnant. Even if you drink as little as one cup a coffee a day! NOT FAIR says me. However, it's still good news for the fellas. If you're a guy looking to perk up your sperm be sure to talk to your doctor about this before you just start brewing and drinking. It's good to keep your health care provider in the loop. *Source