Circumcision cons - should your baby boy be circumcised

Jan 22, 2009 4:00 AM by Jennifer Chait
Posted in The Hatch Blog / Pregnancy
Rate this Article:
Tweet
In the last post we looked at circumcision pros. Now it's time for some negative issues surrounding circumcision. Research... 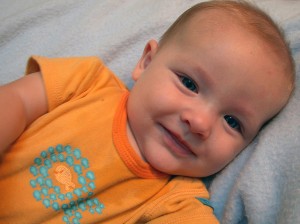 In the last post we looked at circumcision pros. Now it's time for some negative issues surrounding circumcision. Research note the following circumcision cons: Personally: I did not circumcise my son. I never even considered it for a second. Basically for two reasons - why cut off a body part that my son was born with and why expose a baby to pain when there's not a medical reason to do so? To be honest with you, while I support parent choice in this matter, I just don't see a good reason to have your baby circumcised unless there is a valid medical reason to do so. Now that we've looked at the pros and cons, tell me what you think? Are you going to circumcise your baby OR did you already circumcise your son? Why or why not. Maybe later I'll post some groups who are both for and against circumcision so that you can explore this topic further.