Are tanning booths safe during pregnancy?

Confession: Before we set off to the Bahamas for a little babymoon, I desperately wanted to sneak in a little tanning action. 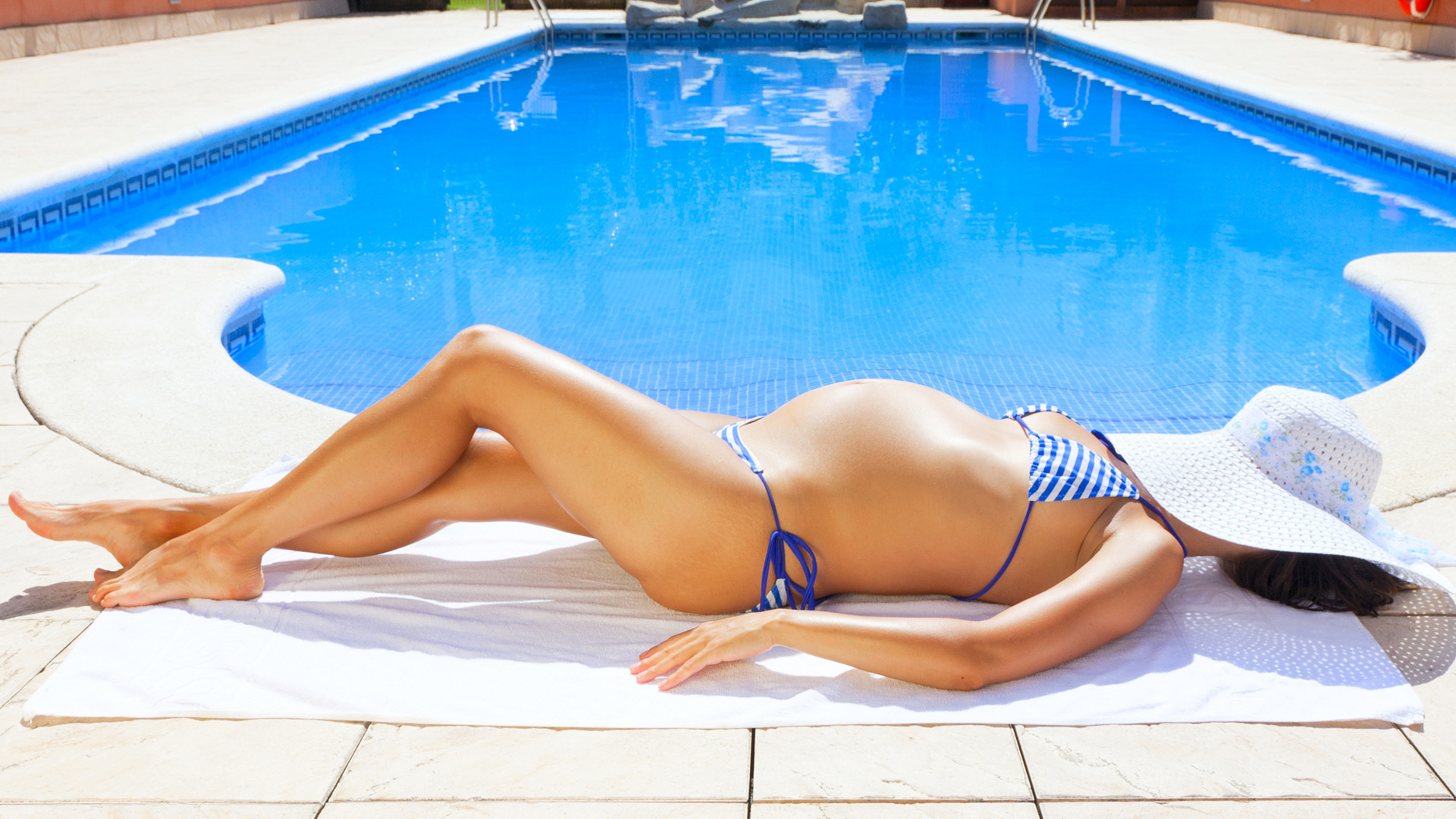 It was bad enough that I was busting out of all the bikinis I owned and couldn't keep down any food to save my life, but then to spend what was supposed to be a relaxing vacation sunburned?

I don't think so.

So I took the advice of vacationers everywhere to get my "base" tan, skipping over the health questionnaire form a little and sucking in my five-month-along belly as I chose the standing tanning booth.

But all it took was one session before my mommy guilt kicked in. And as it turns out, for once, that guilt was right on target.

The dangers of tanning during pregnancy

"Tanning during pregnancy is risky for a couple reasons," explains Katharine Taber, M.D., the director of the Women's Wellness Center at Northwest Hospital in Randallstown. First, she explains that the hormones pumped through a woman's body during pregnancy can cause different skin reactions; for example, women can get allergic reactions to the sun, burn more easily or get the "mask of pregnancy," the dark pigmentation of the cheeks, nose and forehead that is usually exacerbated by the sun. "Almost all women experience some kind of darkened pigmentation," she explains.

If you're considering a tanning bed, be warned that there's more danger lurking in those artificial sun-basking booths. "On top of the same effects as the regular sun, tanning beds can raise your body temperature to the point that most OB's would consider unsafe and could potentially cause birth defects, especially in the first trimester," she states. Additionally, in most tanning beds, you’re lying on your back, so in the second and third trimesters, you can restrict blood flow to the baby.

Dr. Taber also warns against the risk of dehydration, which can cause contractions and premature labor, among other complications. And if that's not enough to deter you from basking in the rays of the sun or an artificial tanning bed, there's also one other major danger.

A risk to your baby

Unbeknownst to me, melanoma, which is one of those cancers often brushed to the wayside anyways, despite the fact that it actually kills 8,790 people annually in the U.S., is even more of a danger to pregnant women and their babies.

"Melanoma, which is the cancer caused by sun tanning," says Dr. Taber, "is one of the few cancers that can cross the placenta and damage the baby." About 8 percent of pregnant women with malignancies are diagnosed with melanoma each year and although it is very rare, the cancer can spread from the placenta directly to the fetus.

So by indulging in what you may think are a few harmless rays in the sun or a tanning bed, you may be placing your baby directly in danger. (Cue a thank-you to my mommy guilt here.)

What about sunless tanners?

Unfortunately, while sunless tanners might seem like the perfect solution for getting your glow on during pregnancy, there's still some risk, says Dr. Taber.

Sunless tanners and spray tanners have an ingredient called DHA, which Dr. Taber explains is not the same as the DHA found in prenatal vitamins. "It's a sugar that reacts that with the proteins in the skin surface to change the color," she explains. And while there's no published information that self-tanners cause birth defects or cause damage directly to the baby by absorption though your skin, there's also not enough evidence to prove their safety either.

And what about those professional spray booths? Even worse, says Dr. Taber. "With the spray, you are actually inhaling the ingredients and professional products have more DHA, up to 15 percent," she notes.

In general, she says that the lotion is probably safer than the spray tanner is, but for the safest glow, "I would recommend a light bronzing powder!" she says.

As always, but especially during pregnancy, take care to brush up on your safe sun practices when you're outside this summer. Dr. Taber recommends the following tips for safely indulging in the sun during pregnancy:

Recent changes to pregnancy health recommendations
Is it safe to ride a bike while pregnant?
The truth about depression during pregnancy