I'm pregnant and not gaining weight

Jun 20, 2014 8:00 AM by Monica Beyer
Posted in Pregnancy / Pregnancy health and wellness
Rate this Article:
Tweet
Pin It

Normal For Some May Not Be For You

Your monthly doctor visits often begin with a weight check. You may have been told that you need to gain a certain number of pounds — but you're not gaining any, or maybe you're even losing. Is this a problem? 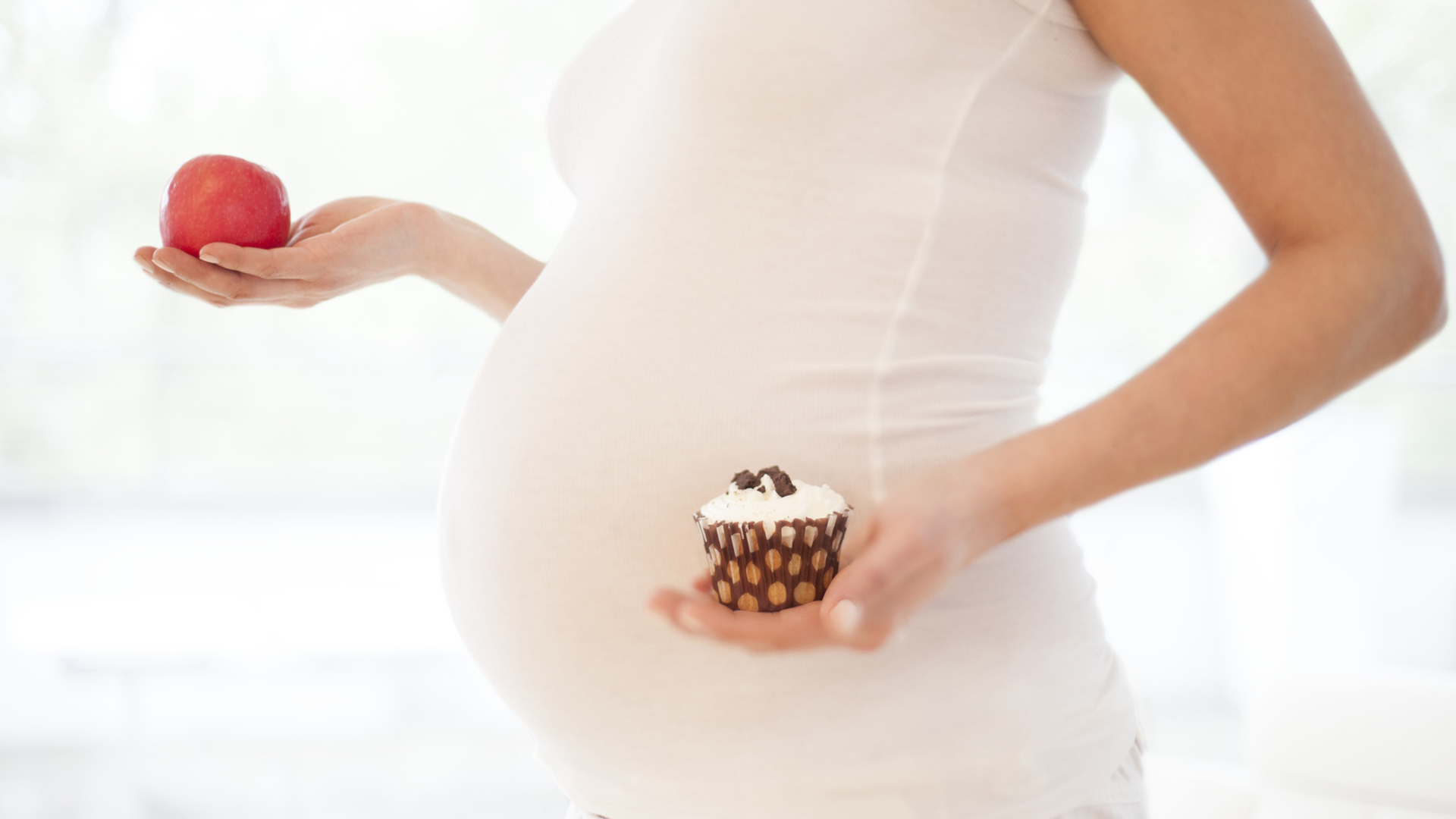 Pregnancy and weight gain go hand in hand — usually. Some moms gain a little, some moms gain more than they'd like, and others actually lose weight. While you'll always want to consult with your health care provider with any concerns you have, we found many moms who just didn't pack on pounds like they expected, for a few different reasons, and most of the time their doctors were fine with it.

The moms we chatted with said there were several reasons they didn't put on weight with their pregnancies, and these are the most common. "I weighed five pounds less the day before I gave birth to Penny as I did the day I found out I was pregnant," shares Brittany, mom of two. "I had severe morning sickness throughout the pregnancy and couldn't get enough food down to make up for it, and my prenatal vitamins always came back up as well." Jenn, mother of one, had a very similar experience. "I ended up the same weight at the end of my pregnancy as I was when I started, and by a week after Maddee was born, I was 15 pounds lighter," she remembers.

Lisa, mom of three, had a specific pregnancy complication that may have had something to do with her lack of weight gain, but there may have been something else at play, as well. "I didn't gain any weight with Harrison," she says. "I was being followed for gestational diabetes, but it was controlled by diet. Honestly, though, I think it was because I was coaching and working and so I was so busy and active for the majority of my pregnancy. Then, keeping my sugars in control forced me to have an appropriate and balanced diet. I still ate what I always did but I would make it work with my glucose numbers. I also was overweight when I started, but not gaining any weight made me feel fantastic during that pregnancy."

What to keep in mind about weight gain

Weight gain during pregnancy is as individual as you are. There are guidelines in place — generally, underweight or average weight women are encouraged to gain 28 to 40 pounds, while experts suggest their overweight peers gain 15 to 25. And obese women should only gain eight to 11 pounds. However, as you can see from our moms' stories above, it doesn't always work out that way.

And the good news is that often, it's not a huge concern when all factors are considered. "My doctors weren't concerned until I started losing weight right at the very end, but they mostly just watched to make sure it didn't continue," explains Lisa. The other two moms we spoke with say the same. "My midwife assured me that the deficiency would affect me, and that the baby would get what she needed regardless," shares Brittany. "Penny was born at a healthy 8 pounds, 2 ounces." And Jenn reports that her OB-GYN wasn't concerned in the slightest, especially since she was overweight to begin with.

Above all, if you have any worries, talk to your care provider. Weight loss can be an area of concern in some moms, but not others, and monitoring your weight gain (or lack thereof) can alert your care provider to a problem even if you're not stressed about it. Extreme morning sickness, gestational diabetes and starting out a pregnancy overweight can all have a part in determining your weight gain cycle during your pregnancy.