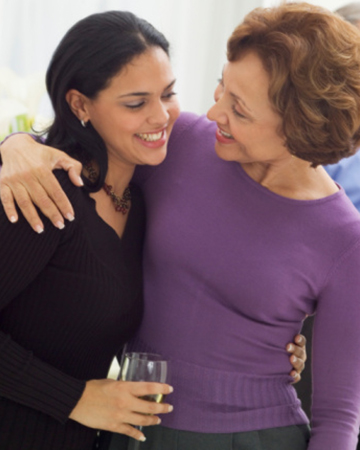 Should we BE raising a toast to our babies?

I have to admit, a cold one sounds pretty good about now, but as any good pregnant woman knows, drinking during pregnancy is a big fat no-no.

It turns out that everything we know about drinking during pregnancy may be wrong.

Before we begin, let's recap exactly what it is that we know about drinking during pregnancy:

However, one psychologist has found surprising evidence that there may be different implications for mothers who break the rules of pregnancy drinking.

What the data showed, however, was something that Niclasen didn't expect to find. The surprising results showed that women who drank more than 10 bottles of wine over the course of their pregnancies had happier, more emotionally well-adjusted children at 7 years old. Not only did the children display more emotionally stable tendencies, but they also had better behavioral adjustments.

At first glance, it could be easy to look at the study and assume a direct correlation between the drinking and the happier kids, right? Looking a little more closely, there is more associated with the study. Primarily, the mothers in the study who drank more also had higher levels of education, as well as healthier lifestyles.

In an interview discussing her findings, Niclasen shared just why the additional factors in the study are so important to realize, considering that the results didn't show a simple drinking + pregnancy = happy kids. The researcher maintains that more than any alcohol level during pregnancy, the mothers who reported consuming 10 bottles of wine also had very similar parenting styles and were more likely to practice attachment parenting styles with their children. In the end, she concludes that the other factors that the women had in common, like their closeness to their children, their education levels and resulting financial security, were more likely to result in the "happier" kids rather than the fact that they all happened to be drinkers.

While I agree with that theory, I can't help but ask — what are all of these so-called highly-educated, professional mothers doing drinking at all during their pregnancies anyways? It's very difficult to find any support for drinking even an occasional glass of wine during pregnancy and I, for one, know that I can't even enjoy a sip if I try when I'm pregnant. It's like taking a sip of straight-up guilt. Just not the same as my normal relaxation wine routine.

That being said, these women have obviously gone the less traditional route and have bucked the evidence and advice that says no sips for the preggers. I really do think that the fact that these women were able to enjoy an occasional glass of wine (I mean, really, 10 bottles over the course of almost 10 months is not an overwhelming amount) during their pregnancies, despite being highly-educated and knowing that wine is a no-no, is a sign of these mothers' personalities.

Motherhood is a 24/7, sometimes stressful job that simply can't be played by the books. The only way to get through it is to learn to know that nothing will go as planned, laughs can get you through anything and realizing everything you thought you knew is probably completely wrong.

Oh, and the most important part of motherhood?

Something tells me that these women, who were able to relax against the rules of pregnancy and enjoy a drink or two, giving themselves a break and not giving into the infamous "mommy guilt," might just be able to keep that attitude throughout the coming years as a mother.

Because every one knows a happier, more relaxed mom equals happier kids.

(And just for the record, I'm not advocating that we all start binge drinking during pregnancy, OK?)

I can't be pregnant right now!
Why pregnancy rates are at an all-time low
I actually hate being pregnant