Terminate a pregnancy or risk death yourself 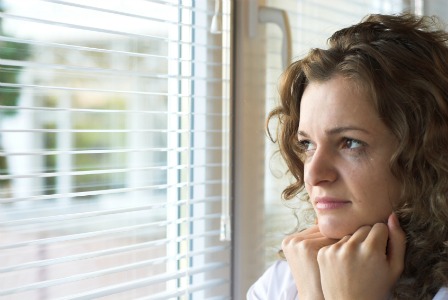 As a nurse, I am trained to deal with some of the most difficult emotional times in life — birth, illness and even death. But when I read this woman's story, I couldn’t even imagine what a difficult situation she was in.

A decision no mother should have to face

Blogger Cecilia of Uppercase Woman writes that she and her husband desperately wanted to start a family but were unable to get pregnant. After two years, rounds of hormones and IVF cycles, they finally got the news they were hoping for — they were pregnant with twin boys!

The pregnancy progressed quickly and normally for Cecilia and her husband, until the day of her 22-week ultrasound.

Sadly, at that routine ultrasound, Cecilia and her husband learned that one of their twin boys had passed away in-utero, but the other lived. The check-up also revealed that Cecilia had dangerously high blood pressure, so she was sent to the hospital for more testing. Her doctors discovered that she had severe preeclampsia, a serious condition in pregnant women that causes high blood pressure and protein spilled into the urine. Untreated, it can lead to seizures and death.

Because of the severity of her preeclampsia, Cecilia was told that she would not live long enough to help her son reach the viable age of 24 weeks.

Her husband, Charlie, wrote that the doctors told them "in compassionate but firm" language, that the couple had only two choices.

When I read this story, I was horrified — as any mother would be. And as a labor and delivery nurse, I was even more troubled by the specifics of the case. Quite simply, I have never seen such an advanced case of preeclampsia, that early on in the pregnancy — or one that the doctors felt was so risky that it required immediate termination. How did they not see signs any earlier? Could this have been prevented? I know how dangerous preeclampsia is and, complicating matters more, is the fact that doctors don't know what causes it. The only cure is to deliver the baby.

It's hard to imagine this situation, which sounds like an extremely rare case. Complications of this severity are hard to track, as the primary method of treating preeclampsia is controlling the blood pressure until it is safe to deliver the baby. One study performed by the Royal College of Obstetricians & Gynecologists, found that the death rate from eclampsia was around 1.8 percent.

In Cecilia's case, she and her husband felt that the best choice was to end the pregnancy. On her blog, she wrote about the experience, "No one, ever, should have to choose between their own life and the life of their child. I have to say I am so grateful that I live in a state where I didn’t have to choose to deliver the surviving baby. I was able to have a dilation and extraction instead. I’m not sure I would have had the strength to meet the surviving baby only to watch it die. In fact, I’m sure I don’t have that strength."

Cecilia's words are so, so hard to read and I know that I wouldn't make the same choice that she did. But I can say, with an honest and open heart, that every part of me sympathizes with the enormous responsibility of that choice. And when I asked my own husband, a man who has watched me birth our three children, what he thought about it, he was equally sympathetic. How does a husband choose between his wife and his child?

Cecilia's story definitely brings up many emotions, questions and concerns. I hope that in the future, there can be better monitoring and treatment for women with preeclampsia, rather than the sentence of what is, most certainly, an impossible choice.

What would you do? Would you risk your own life to continue the pregnancy?