If You’Re Experiencing Migraine Headaches During Pregnancy, Or Have Had Migraines Prior To Pregnancy And Wondering How You’Ll Survive Them While You’Re Pregnant You’Ll Want To Read On About What Causes Them, How To Prevent Them, And What To T

If you’re experiencing migraine headaches during pregnancy, or have had migraines prior to pregnancy and wondering how you’ll survive them while you’re pregnant you’ll want to read on about what causes them, how to prevent them, and what to take safely while pregnant to ease the pain. 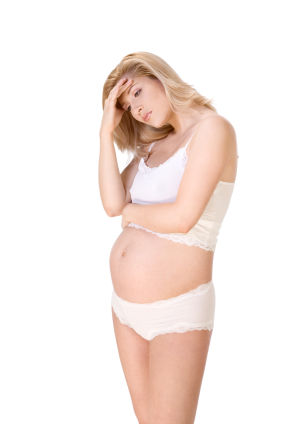 Dr. Andrea Trescot, a member of the American Society of Interventional Pain Physicians (ASIPP), agrees and says, "Migraines are usually associated with low estrogen and since estrogen increases 50-100 fold during pregnancy, most women (70%) report remission of their migraines during pregnancy.”

Talk to your doctor first
If you’ve never experienced migraines and get headaches during your pregnancy experts warn you should not self diagnose and assume that you’re only have a migraine. “New onset headaches at any time call for medical evaluation, but even more so around pregnancy, as pregnant women and women who have just given birth are more prone to venous sinus (aka deep vein) thrombosis (blood clot) in the brain,” warns Bryson. “This is a potentially life threatening condition and should not be taken lightly.”

But Bryson adds that a study of 7,000 patients that took the medications while pregnancy (because they didn't know they were pregnant or were so debilitated by the illness they felt they had to risk it) showed no difference in birth defects.

“Triptans such as Imitex have been monitored, and do not seem to have a significant effect to the fetus. They are excreted into breast milk with no known toxic effects,” adds Trescot.

“Anticonvulsants such as Dilantin or Tegretol (and perhaps Neurontin, Depakote, or Topamax) can be associated with a small but significant risk of birth defects. Women taking anticonvulsants to prevent migraines should strongly consider not taking them, at least in the first trimester,” adds Trescot.  While breast feeding, Dilantin and Depokate do not pass very well into breast milk, and may be reasonable to use, but Neurontin has a high concentration in breast milk, and is probably not a good choice for nursing mothers.

Tricyclic antidepressants (TCAs) such as Elavil, have a high risk of birth defects, and should be avoided, both pre-natally and while breast feeding,” added Truscott.

Talk to your doctor to find out what, if any, medication is safe during pregnancy.

Dean says magnesium relaxes blood vessels, allowing them to dilate, reducing the constriction that can cause a migraine, and helps to relax muscles and prevent buildup of lactic acid which, along with muscle tension, can make headaches worse.

Bryson adds that the vitamin magnesium is sometimes given to patients that have frequent headaches. “Most OB’s are fine with this,” says Bryson. “If that doesn't help, the neurologist will typically work with the OB to find a better preventive med.”

Preventing migraines
Staying well hydrated, exercising, and avoiding artificial sweeteners, nitrates and chemicals like the ones found in deli meat are all ways to help prevent headaches.

Bryson suggest getting rest, caffeine (such as espresso or coffee -- find out how much is safe during pregnancy here), and Tylenol when a headache starts. “If there is severe nausea, metoclopramide (Reglan) is pregnancy category B and can help with the nausea and pain.”

Bryson adds that Biofeedback, a non-medication form of treatment, helps control pain when meds don’t work or are not an option. “Biofeedback is taught by psychologists who are specifically trained in that area.”

Other ideas on how to prevent headaches may include:

• Keeping a journal of when headaches start, stop and what you’re doing when they begin.  Chronicling when migraines occur, what type of activity was going on before they came on, and what worked to get rid of them may help pinpoint the cause of your pain.
• Understand the warning signs which may include dehydration, dizziness, stiffness, irritability, sensitivity to light, fatigue, a decrease in appetite, among others.
• Get a good night sleep

For more tips on a healthy pregnancy: