Boy or girl? Can you influence the sex of your baby?

What determines the sex of your baby? When it's time to have a baby, some couples are intent on trying various methods — such as diet, sexual position and timing — to try to conceive a boy or girl. But are these methods reliable? Here we explore recent research and some unique methods that some people experiment with in their quest to conceive.
Molly Cerreta Smith 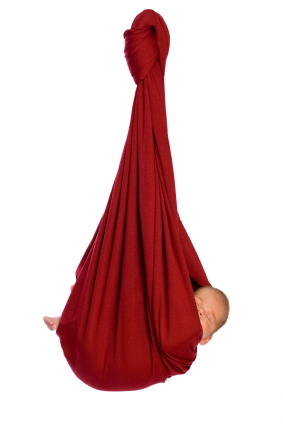 The family connection
A recent study by Corry Gellatly, a research scientist at Newcastle University, shows that men inherit a propensity to have more sons or more daughters from their parents. In an excerpt of his academic paper, Gellatly explains: "The family tree study showed that whether you’re likely to have a boy or a girl is inherited. We now know that men are more likely to have sons if they have more brothers but are more likely to have daughters if they have more sisters." The study also states that an as-yet undiscovered gene determines whether a man's sperm contains more X or more Y chromosomes, affecting the sex of his offspring.

So, genetics aside, is there anything a couple can do to up their chances of having one sex over the other? There are many theories, few that are actually proven, but most seem fairly harmless. If you are dead-set on trying for a particular sex, consider these methods.

Diet
Could eating certain foods actually help determine the sex of your baby? A new study showed that women who are breakfast cereal, and who consumed more calories overall, gave birth to more boys, while those who skipped breakfast altogether gave birth to more girls. According to an article on healthnews.com, researchers "hint at a sex-selection bias among humans that is similar to that seen in other animals, which favors male births among the well-fed mothers and female births among the mothers who are less well nourished." One of the researchers, Fiona Mathews, Ph.D., explained that this also supports the reason for a slight decline of male births in industrialized countries such as the U.S.

However, Dr. Rychlik, reproductive endocrinologist and infertility specialist at Scottsdale Healthcare in Arizona, disputes this by stating, "Women are not the deciding factor when it comes to the sex of the baby, so what they eat in no way affects the sex of the baby." Either way, maintaining a balanced diet is important for healthy conception.

Sexual position
You may have heard that a certain sexual position may help increase your chances of having either a boy or a girl, but Dr. Rychlik disputes this theory as well. However, he does understand the logic behind the myth. He notes that X-chromosome-carrying sperm have more mass than the ones carrying Y chromosomes, which might suggest that the lighter ones could reach the egg faster. Perhaps this is why people may believe a certain position could encourage those lighter swimmers to "get there" even quicker. However, Dr. Rychlik also notes that the swim patterns of the sperm are completely random, so there is no guarantee that those lighter sperm are going to swim directly to the "target."

Still, there's no harm in trying some new positions… just for fun!

Timing
The late Dr. Landrum Shettles, a pioneer in invitro-fertilization, published a report in the 1960s on the unique characteristics of X-bearing and Y-bearing sperm and subsequently offered some family planning techniques based on this information. He even wrote a book on the topic, but Dr. Rychlik says timing is not a determining factor either.

Help from technology
In fact, if you are really set on having one sex versus the other, there are two options, according to Dr. Rychlik. "Some families want to 'choose the sex' to avoid passing on a gender-specific genetic disorder, such as hemophilia, that runs in their family," he explains. The two options can also be combined to up the chances.

The first option is sorting sperm. Infertility specialists can actually select sperm by size through a cell sorter, which determines the mass of the sperm cell. However, he warns even this does not comes with a 100 percent guarantee. When trying for a female the success rate is about 83 to 84 percent, while for success rate for males is 78 percent.

The second option is to create embryos in a lab by taking the egg and the sperm and conducting a typical invitro-fertilization (IVF) cycle. Dr. Rychlik explains that by combining the two processes, doctors can really "stack the deck" in the couple's favor, as they can sort the sperm, do the IVF cycle, then resample the embryos as a way to find, pre-implantation, exactly what they are looking for.

Short of going the high-tech medical route for sometimes very justifiable reasons, enjoy the fun of conceiving — regardless of whether it's a boy or girl!