Ricki Lake Talks About Her Documentary On Home Births

We all know Ricki Lake from all the years she hosted her own talk show, had roles in The King of Queens and John Waters’ films. However, most recently she’s known for her amazing new documentary film—The Business of Being Born—directed by Abby Epstein. Pregnancy & Baby caught up with Ricki and Abby to find out about their Must-See movie for moms-to-be, and birthing their babies—Ricki’s kids Milo and Owen are 7 and 11, and Abby’s son Matteo is 2 and a half.
Amy Levine 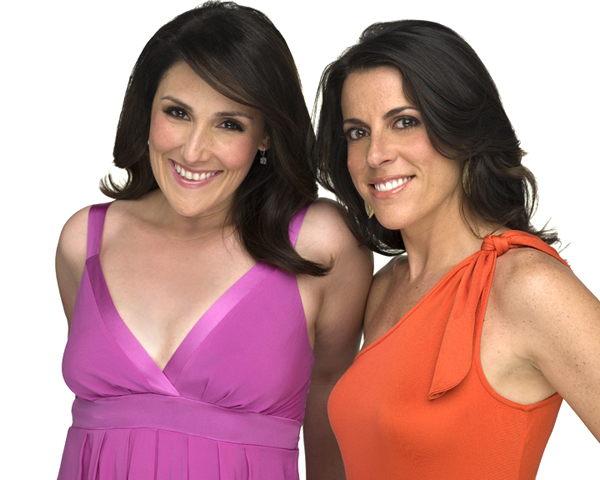 What Ricki and Abby are up to these days
“Well, we’re both busy being mom’s of course! As a producing team, we’re putting the finishing touches on our new book: Your Best Birth: Know All Your Options, Discover the Natural Alternatives and Take Back the Birth Experience which is coming out in May 2009. We’re also shooting footage for a follow-up DVD to The Business of Being Born (BOBB), and developing the BOBB website which will become an educational resource for natural birth options and natural parenting. In addition to all our birth-related projects, Ricki is still acting and hosting, and Abby is still directing theater and film (whew!).”

Conception of The Business of Being Born
Ricki: “I think after I gave birth to my son Owen at home, I realized I had a responsibility to share this information and experience with other women. I never intended to influence anyone else’s decisions about their births, but I felt like this information was not accessible and available to all the women who could benefit from understanding their options. So, the idea for doing a project around this subject was brewing for many years.  We’re so bombarded by the Baby Story type of TV shows, where birth is seen as this clinical emergency. So, I really wanted to counter that with a different perspective—that’s engaging and emotional—and get women excited about the experience of giving birth.”

Abby: “In the beginning, as much as I loved the idea of working with Ricki (we met in 2000 when I directed her in The Vagina Monologues Off Broadway) I really had no interest in homebirth, midwives, or any of this stuff. I thought it would be a boring topic. But, then Ricki lent me Ina May Gaskin’s book Spiritual Midwifery, and showed me the home video of her giving birth to Owen in her bathtub. I was floored. I couldn’t believe I had no idea of any of this aspect of feminism.”

Abby’s vision for filming
“For me, the story was always about the empowerment angle. I was intrigued that women have been culturally disempowered around birth, something our bodies are born to do. I wanted to tell the story of how we got here, how midwives were (and still are) disparaged, and also show there is a really delicate line to walk between art and science here. We’re not going to deny there’s a role for emergency medicine and surgery in birth. So, I had to decide how to approach this process in a natural and empowering way without the overpowering fear of the medical side’s view of “things that can go wrong.” I really loved the idea that your birth could change you and empower you for the rest of your life – this concept was new to me.”

Ricki and Abby’s #1 tip for those considering a homebirth
“Just be open and flexible in case you aren’t able to birth at home—have a good back up plan and discuss this in detail with your midwife.”

The differences between birthing at home and a birth center
“The birth centers and homebirth can provide very similar options and benefits. In both environments, you’re typically assisted by midwives and should be able to have intermittent monitoring, eat and drink during labor, move around, labor in water, and more. Some birth centers will provide narcotics for pain relief, but neither will give you access to an epidural. If we’re talking about a hospital birth center (as opposed to a freestanding birth center which can be a few miles from a hospital) you will have quick access to transfer into Labor & Delivery if an epidural, C-section or other interventions are needed. In a home or freestanding center, you have to get dressed and travel to the hospital. In a birth center, you also have immediate access to pediatrics and neonatology in case of an emergency with the baby. A homebirth can provide more flexibility than a hospital birth center in some instances, since the birth centers are kept to hospital protocols. For example, if you’re more than one week past your due date or if your baby is determined to be “too big,” you may be prohibited from delivering in a birth center.  Also, most hospitals and birth centers don’t allow water birth, which you can do a home. So, there are drawbacks and benefits to both options.”

Playing a major role in the birth movement
“The film has completely catalyzed the birth movement.  It has given hope to midwives and activists who didn’t have a voice or a tool before this. I think it’s re-invigorated the movement. There is a new term that has been coined, “BOBB Moms.” These are the moms who change their birth plans after seeing the film.  The midwives were receiving so many calls from these types of moms that they gave them their own category! Overwhelmingly, people say The Business of Being Born has changed their view of childbirth and opened their eyes to a whole series of issues that they didn’t know existed.”

How to be an advocate for the cause
“The best way to advocate is through your own insurance plan or your own community. If everyone demanded that their insurance carriers covered midwives and that their local hospitals had birth centers or offered natural alternatives, we would see change pushed by consumer demand.”

Ricki’s most reassuring resource in deciding on a homebirth
“When I was first interested in an out-of-hospital birth, I visited the midwives at the Elizabeth Seton Childbearing Center (now closed) which was part of St. Vincent’s Hospital. After talking with the midwives there and touring the birth center, I quickly realized that my own apartment just a few blocks away would be no different than giving birth there. The advantage would be that I could have more privacy and complete control over the experience. My midwife, Miriam Schwarzchild, was also a calm and reassuring presence throughout my prenatal care. She had an answer for every question and worry. Even in the middle of my transition labor, when I told her I couldn’t do it and needed to go to the hospital—she calmly reminded me of all the reasons I had wanted a home birth and gently encouraged me until I surrendered to the pain and pushed my baby out.”

Abby’s decision to include her transfer from homebirth to hospital
“After my birth was shot, I was (for obvious reasons) preoccupied for several weeks. I never watched the footage but gave it to my editor and asked her to cut the scene so that she wouldn’t be influenced by my subjectivity. The interesting thing is that most women in our audiences were so appreciative of our including a natural birth—turned—cesarean and many said it actually increased their confidence in the idea of homebirth once they could see how a hospital transfer is managed by a midwife. I think many folks have this impression that a midwife will chain you to the bed when you’re bleeding to death in order to prevent you from going to the hospital!  I think that including my birth balanced out the film in such a way that we were able to be more ideological earlier on. It was really the midwives who were most discouraged about the ending at first, but over time they also came to see the film was only going to benefit them.  The final scene in no way detracts from their overall depiction in the film.”

Best advice Ricki and Abby received related to pregnancy, giving birth, and motherhood
“There’s wisdom in nature that each cycle prepares you for the next stage: Pregnancy, with all its discomforts, sacrifices and emotion, prepares you for parenting. Birth, with its pain, ecstasy and demand for total surrender of control also prepares you for motherhood. All the decisions that you need to make during pregnancy and birth (assuming you’re with a provider who makes you a participant in this process!) also prepares you for the decisions of motherhood. If you are open to the process and experience of pregnancy and birth, it can be incredibly healing but you need to understand how each experience will affect the other.  For example, having a traumatic or disempowering birth will affect your ability to breastfeed, and your confidence as a new mother. That’s why it is so important that all women are able to have safe, empowering births in whatever manner they feel suits their needs and the needs of their babies.”