How can I avoid pooping on the delivery table?

Is It Possible To Prevent?

When it comes to birth, we know you really don't want to give a... well, you know. So how can you avoid it? 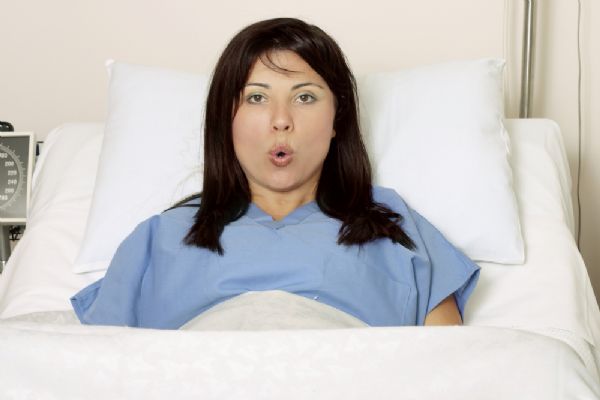 We sympathize, but the answer is, in short: You can't. If you're giving birth vaginally (or even actively laboring), if there's something there, it's going to come out.

Imagine, if you will, a bowling ball and a new, open tube of toothpaste. Picture rolling the ball over the tube, from the sealed end toward the hole. Well... the bowling ball equals baby's head, the toothpaste tube is your rectum and anus. (Lovely thought -- we know. Hope we didn't put you off brushing your teeth for good.) If you have eaten in the days before birth and have not cleaned out the system thoroughly, there's bound to be something there. And if you try holding it in, you're going to be holding back the baby, too. Silver lining: A little poop means that you're pushing correctly.

Now for some more good news: Mother Nature tries to help you out during early labor -- letting those contractions encourage your bowels to empty themselves before you even hit the hospital. If that doesn't happen for you, there is also the lovely enema option. If you are really concerned about the poop issue and want to ask your caregiver to give you an enema in early labor, hey, go for it. Many women might argue that asking for such a cleansing -- and actually having someone do it for you -- would be more mortifying than worrying about what you dealt during birth. That's your call. You can also DIY your own enema... if you can reach. In a poll of more than 600 people (you can vote here), a staggering 70% said that having a BM while delivering would be the most embarrassing thing about labor. That beat out all the four other possibilities -- Giving birth at the mall, Water breaking in public, People I don't know at the birth and Going to hospital for 'false' labor -- by a huge margin. We know you're worried, but this is really just one of those things you have to just get past stressing about. Believe us -- it's nothing the labor & delivery nurses, doctors and midwives haven't seen over and over again. Not only will they be unphased, they're probably going to have a little towel ready to wipe it away before you even know it. (A lot of women truly aren't even aware that a little doo has passed -- there's a lot of other stuff going on down there, you know?)