You do need to eat more when you're pregnant 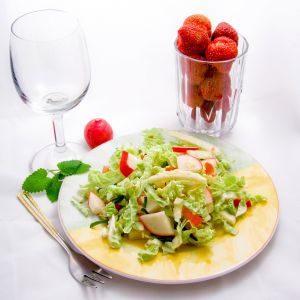 On the other side are women who don't eat enough. Most research shows that women who don't eat enough, tend to do so because they're very nervous about gaining too much weight. However, if you don't take in enough calories you're doing your body some serious harm. For example, your baby needs quite a lot of calcium to grow his bones. If you don't eat enough foods that include calcium, your baby, although he's not trying to be difficult, will steal calcium from your bones. This puts you at an increased risk for bone issues down the road. Other problems that may be concerned with too few calories during pregnancy include low birth weight babies, harder labors, and a general overall pregnancy fatigue. All pregnant women get tired, but if you're not eating enough, it'll be worse. Read the following to be sure you're eating enough for you and your baby: If you're worried about weight gain, you need to follow the food advice above, and you can incorporate some healthy pregnancy exercise: