You know there's a problem when the American Congress of Obstetricians & Gynecologists is taking a stand. 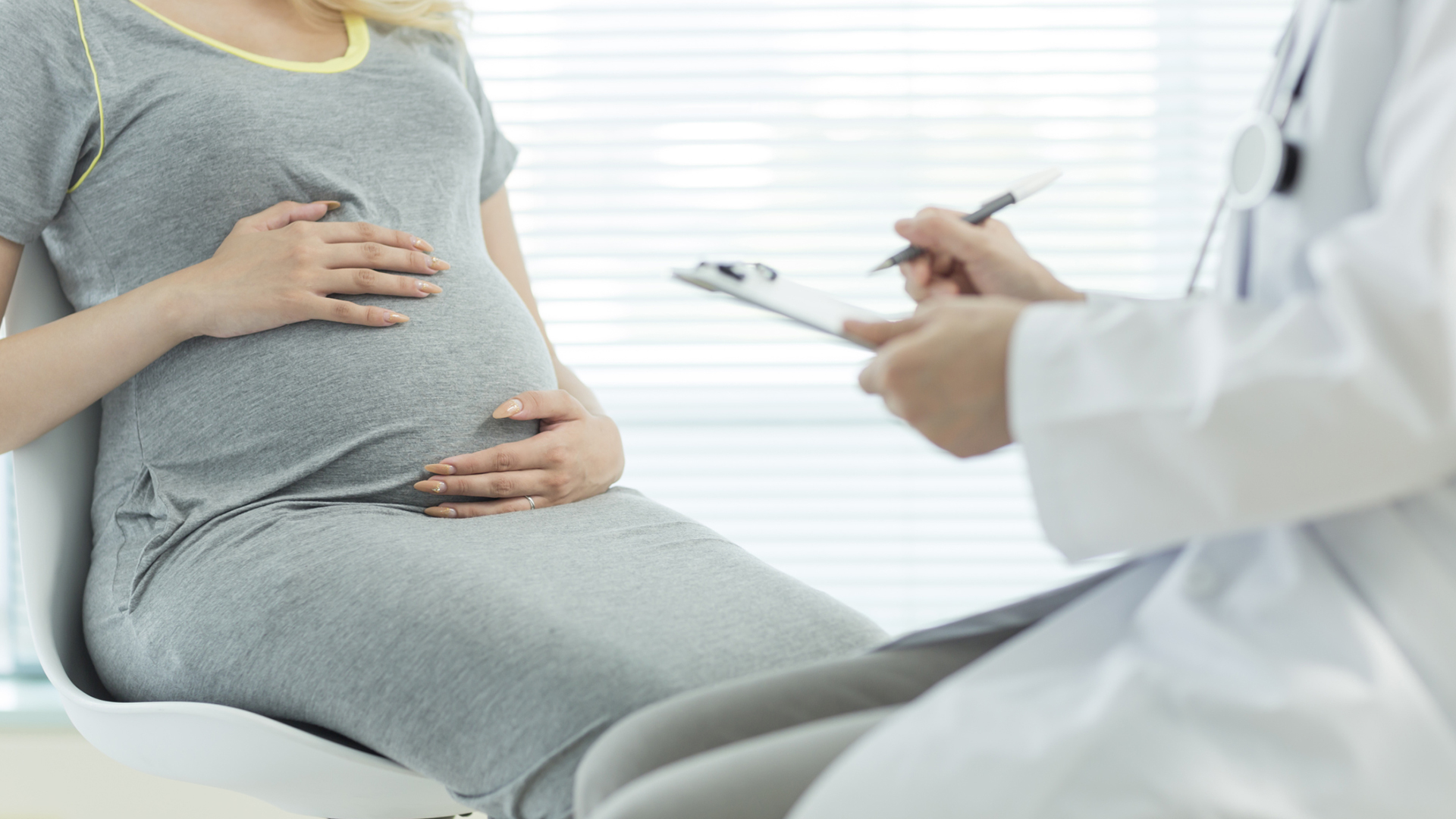 And while that fact in and of itself isn't necessarily a negative thing, the obvious elephant in the room (besides my pregnant belly) is that the large majority of those surgeries were not necessary in the first place. C-sections, a procedure that can be lifesaving to both a mother and a baby, are also a major surgery that shouldn't be taken lightly. It comes with its own host of problems and complications, like an increased risk for infection and potential to limit the future number of pregnancies a woman can have.

As the American Congress of Obstetricians and Gynecologists (ACOG) states, "The rapid increase in cesarean birth rates from 1996 to 2011 without clear evidence of concomitant decreases in maternal or neonatal morbidity or mortality raises significant concern that cesarean delivery is overused." Bottom line? Too many U.S. women are getting too many C-sections.

The matter of the rapid increase in C-sections among mothers as a birthing route is so concerning to ACOG that they issued their own in-depth review of the issue. And while there are a whole host of behind-the-scenes complications with C-sections, such as hospital guidelines, staffing policies and costliness, the inherent medical risks of a C-section are no laughing matter. ACOG breaks down the risks of a C-section compared to a vaginal birth as:

"Any surgery has inherent risks, so you would like to avoid surgery itself, but you can't," comments Dr. Jeff Livingston of MacArthur OB-GYN in Texas. However, he notes that the complications with a C-section are serious for women and their children. "Recovery is longer, pain is longer; [there are increased] risks of infections and blood clots. If you compare the two, the vaginal delivery is the safer route."

What's even more troubling than the increased risks that a C-section can pose for a woman and baby is the fact that the first C-section can set off a chain reaction of further complications down the road. "The downstream effects are even greater because of the risks from repeat cesareans in future pregnancies," states ACOG. Maternal risks such as surgical injury, blood transfusions, hysterectomies and uterine rupture increase with each subsequent C-section.

Part of the problem with a primary C-section is, of course, that it has the potential to lead to more C-sections — which is why ACOG is determined to lower the rate of C-sections for first-time mothers. Scar tissue weakens the uterus, and doctors fear tissue can become so thin that it will burst open, a complication known as a uterine rupture. One woman I know longs to add a fourth baby to her family, but after three previous C-sections due to medical concerns, is fearful that her uterus won't handle the trauma of another C-section.

Taking a closer look at the reasons behind C-sections is the first step. ACOG found that "arrest of labor" and "non-reassuring fetal heart tones" accounted for more than half of all C-sections, and in layman's terms, those two reasons can also mean "This labor is taking too long for the doctor's liking" and "There was one dip in the heart rate, which really means nothing but lawyers don't know that, so let's cut." The reasons for those first C-sections aren't always valid reasons to begin with, and therein lies the major problem. According to ACOG, true reasons for a first-time C-section include:

Other solutions may mean a better understanding that normal labor can take even longer than previously expected, especially when epidurals are involved, and reducing interventions that lead to "emergency" C-sections, such as non-medical inductions, can make a difference in reducing the surgical rate, as well as educating women on their option for having a vaginal birth after a C-section, called a VBAC.

Currently, the success rates for women attempting a vaginal delivery after an initial C-section are as high as 60 to 80 percent, although the rates vary widely based on the cause of the first C-section. And studies show that VBACs are safer and lead to better outcomes, both short- and long-term, for mothers when compared to repeat C-sections. There are exceptions to every rule, of course, but in general, most OB-GYNs are supportive of women choosing to VBAC. "I VBAC'ed just 15 months after having my first and my docs were all for it," comments blogger Brittany Vail. "And they weren't hippy doctors. I was pleasantly surprised and thankful!" "It was a non-issue," echoes Melissa Cohen, who had two VBACs. "Other than telling me that because of my prior [C-section], they'd want me to come in a little earlier, not to wait until the contractions were five minutes apart for an hour."

ACOG also emphasized that, contrary to popular belief, macrosomia, or what's more commonly known simply as "a big baby," is NOT an indication for a C-section. Who knew? Interestingly enough, the organization also states the single biggest factor in reducing our nation's C-section rate is actually surprisingly simple: support during labor.