The truth about your mucus plug

Jan 10, 2014 9:00 AM by Chaunie Brusie
Posted in Labor and birth / Labor and Delivery / Preparation
Rate this Article:
Tweet
Pin It

What To Do When You Lose Your Mucus Plug

Is there really anything that seems to cause as much confusion to pregnant women as that pesky little mucus plug? 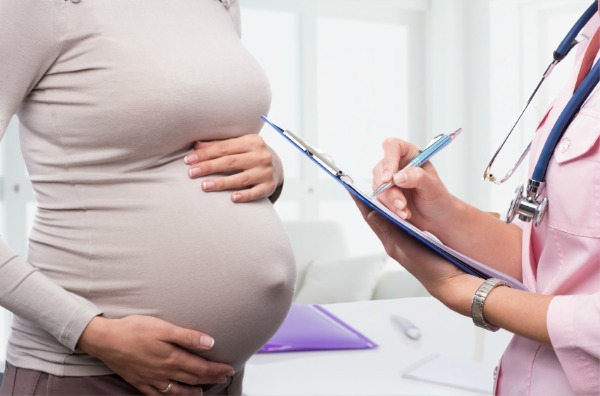 In the middle of a busy overnight shift, the phone at the nurses' station rang.

"Hi, this is Chaunie in the Birth Center. Can I help you?"

"Um, yes," came a hesitant voice over the phone. "I think I just lost my mucus plug and I was wondering what I should do. Should I come in? Do you need to see it?"

There's a lot of confusion about the role of the infamous mucus plug in labor and delivery for the pregnant patient, but what's the real truth about it?

The truth is, your mucus plug may not be as exciting as you might think.

What exactly is the mucus plug?

The mucus plug is surprisingly, just what it sounds like. It is literally a thick "glob" of mucus that is formed as early as 7 weeks into the pregnancy and seals the cervix, which is the opening to the uterus. The plug is formed by the natural secretions in the cervix and serves as a natural barrier to your baby from injury or substances like bacteria.

The mucus plug can vary in appearance, but will appear green or possibly even "phlegmy" (I know, gross). It may also be darker brown colored or tinged with blood. If you lose the plug all in one fell swoop, it will look very much like a large glob of mucus.

How do you lose your mucus plug?

Well here's where I think that there is a lot of confusion about the mucus plug. While you hear a lot about it (in articles like this or others), not every woman will lose her mucus plug all at once in some great, grand gesture that lets her know her labor is about to start. In general, a woman loses her mucus plug because her cervix is dilating, which usually indicates that labor is beginning. Her cervix starts to open, which means there is nothing left to hold her plug in place, so it is discharged through the vagina. However, many women can lose their mucus plug more gradually, so it appears to be more like regular, normal pregnancy discharge. For instance, in my three pregnancies, I never noticed one significant loss of a mucus plug — it was much more gradual. I lost my mucus plug in smaller doses, if you will.

Furthermore, because the mucus plug surrounds the cervix, it can be dislodged through routine vaginal exams by your OB health care provider, but may not necessarily indicate that labor is beginning. Or, if you are on a second, third or subsequent pregnancy, you may dilate early on in your pregnancy without labor actually starting.

Well, first of all, you might want to double check that you're sure it is your mucus plug. Know that discharge naturally increases near the end of pregnancy, so you might just be experiencing normal pregnancy discharge. If however, you are sure that you have passed your mucus plug, don't panic! If you're not full-term in your pregnancy yet (meaning under 37 weeks), do let your care provider know so he or she can be on the look-out for signs of premature labor, which could pose a risk to your baby.

If you are over 37 weeks, then congrats! You are one step closer to holding your baby in your arms. (Instead of just feeling her kick your bladder!) Unless you begin actual labor with regular, steady contractions increasing in intensity, there is no need to call your health care provider or go to the hospital.

When will labor begin after you lose your mucus plug?

It's the million dollar question... just when will labor begin after you lose your mucus plug? Unfortunately, there's no one clear answer for that. My mother swears that within hours of losing her mucus plug, she was gazing into her children's beautiful faces. (Mine being the most beautiful, of course.) For other women, labor may not begin for several weeks. Again, losing your mucus plug is just a result of the cervix starting to dilate and thin out, so it doesn't necessarily mean that labor is imminent.

And one more word about the mucus plug?

Trust me when I say, just keep it to yourself. Under no circumstances, does the nursing staff or your OB provider need to see it.

More on labor and delivery