I'm scared of having 4 kids

Uh-Oh, What Have I Done?

Ok, truth time: I'm entering the last half of my pregnancy, and although I'm excited to be almost done with the pregnant part, it's the part that comes next that I am most scared of. 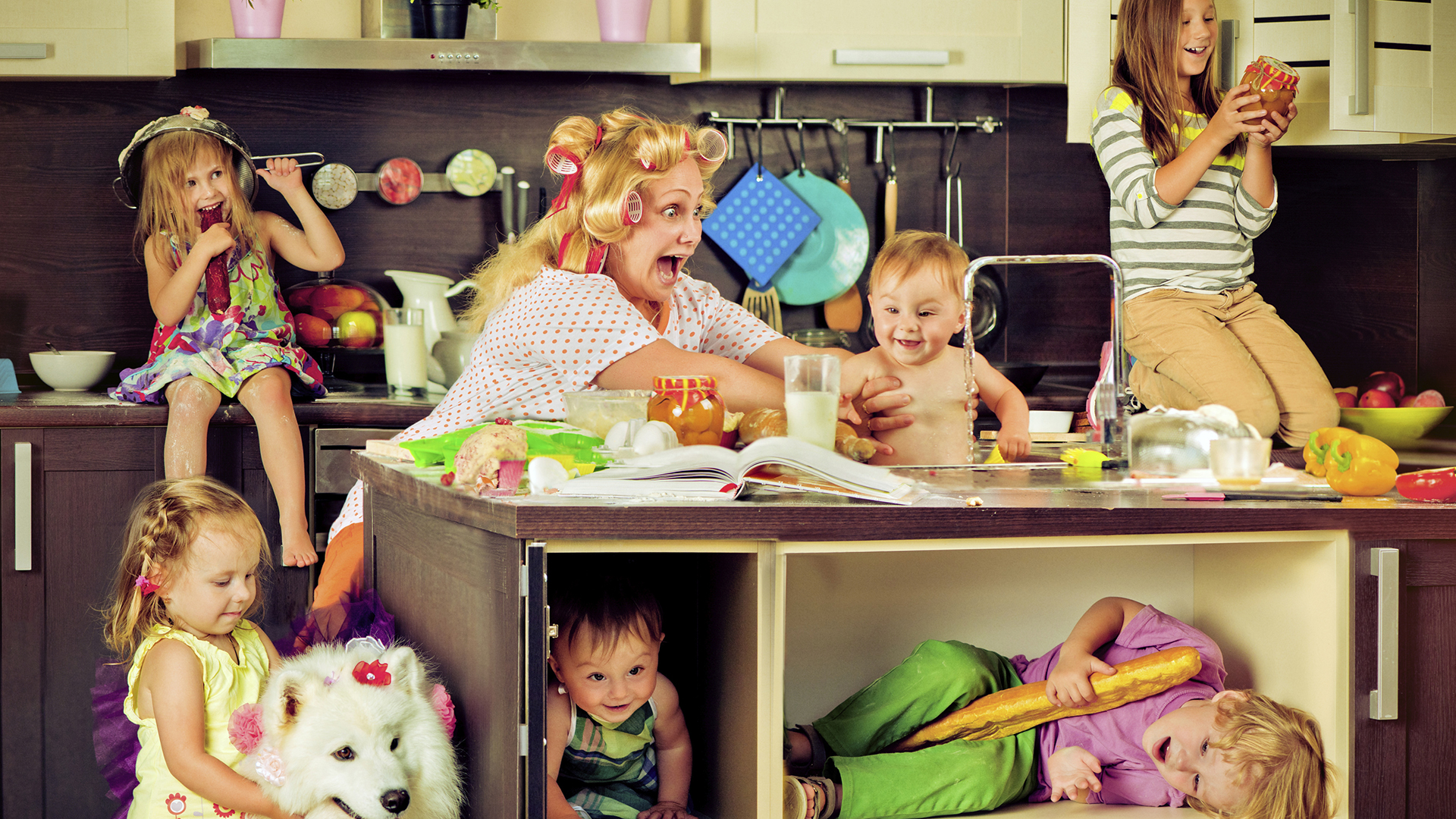 You know what I'm talking about, right? Not the contractions, not the pushing, but the...

That's right, I'm scared of what will (hopefully) weigh less than 10 pounds, fit in the crook of my arm, and cause more ruckus at night than any college party.

Can I handle it all?

While theoretically, one would think that after having three other babies in the past five years that I would feel totally and completely prepared to tackle life with a newborn again — it actually happens to be just the opposite. Instead of feeling confident in my skills, I am questioning them, and instead of feeling "ready," I am feeling, well, slightly panicked.

I find myself wondering things along the lines of, What if the other three were all a fluke? Maybe I am actually a horrible mother. Will this kid be the one to do me in?

Maybe it's because this time around, I know exactly what I'm in for and how life will change with a little one once again. It's ironic, really, in a way, that I found myself unexpectedly expecting a fourth baby just when my third child was gaining some semblance of independence and the other two girls were entering school. My career was taking off and my first book had just been released. As my husband is fond of saying, just when it felt like we could breathe again, along comes another baby.

Is four too many?

I have to admit that lately, I've been feeling a little bit embarrassed about our family size. Every trip out in public seems to bring out interesting looks and elbow nudges from my fellow shoppers and restaurant-goers. Is it so unusual that a woman should produce four children in six years? Is it unfeminist to have so many kids? Why does everyone act like I must be a Duggar? Can't we all accept that families come in all shapes and sizes and leave it at that?

It's not always easy to admit, but I am a little scared of having four children, simply because I feel frozen in a no-man's land of before baby. You know, how life gets divided into pre-baby and after-baby, because literally everything about my life will change in T-minus four months and counting?

There's a lot to think about. School runs and pick-ups, grocery shopping, work schedules, and although it may sound shallow, even exercise for me, because mama knows she is not going to be looking her best after a summer pregnancy. And deep down, sometimes I wonder if I can handle it all.

And although part of me is a bit scared that I won't be able to handle it all, another part of me knows that it's going to be just fine. That I will look back at this time in my life and shake my head fondly at the craziness, the sleepless nights, and the sheer number of tantrums that once made up my days. But then I think forward, to a full house and a Thanksgiving table that will never be lacking, and I can't help but smile.

The truth is, this stage in my life is not forever. I am not "just" the mom with the bunch of little kids. I am also a writer, a wife, a woman in my own right. My kids will not be little forever, and I can cherish every moment, wish it would go faster, and pull my hair out at times, but whatever way I choose to get through it, as the saying goes, this too shall pass.

But deep down, I think she knows that four is just right.