The danger of designer babies

May 14, 2014 7:00 AM by Molly Cerreta Smith
Posted in Conception / Infertility
Rate this Article:
Tweet
Pin It

Research suggests that using the genes from two women and a man could create a healthy baby based on a "three-parent embryo." But is it safe? 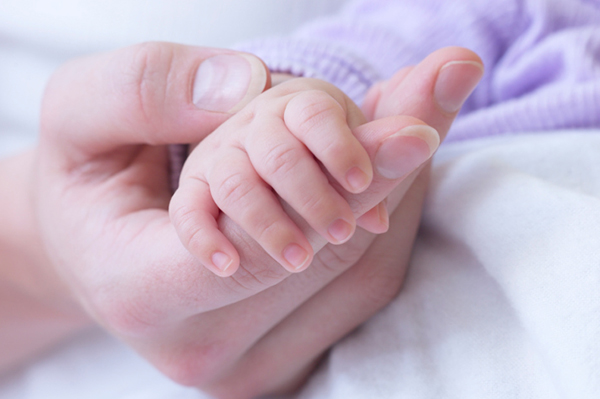 Rather than focusing on creating a "perfect baby" based on aesthetics, CNN reported recently that our nation's health officials are in the process of deciding whether to approve trials of a pioneer method of in vitro fertilization utilizing DNA from three people to try to prevent muscular dystrophy and other illnesses as well as respiratory problems.

What is genetic engineering?

"A population that has the same genetic makeup."

Dr. Jessica Shepherd, OB/GYN at University of Illinois College of Medicine and owner of HerViewpoint, breaks it down for us, describing it as "the process in which genes are changed in a way that alters the original cell makeup. This technique can move genes and create new organisms by altering the DNA. The ability to provide an alternative to human life has created an increasing power to scientists and possibly parents to give an option to modify unborn children. Ideas behind this technology are to spare children from genetic diseases, design children’s traits and replace defective genes with functional ones."

Dr. Shepherd notes that when the process is complete, the human DNA is inserted with the replacement gene with the belief that the bad genes can no longer pose a threat to the individual.

Dr. Marina Gafanovich, who owns her own practice in New York, adds that one of the greatest benefits of designer babies is that with their help, "You can medically assist one of your children who has any genetic issue. You can give birth to another designer child and can immediately meet the need of your child suffering from genetic disorder. For instance, if your first child — who is suffering from any disorder — misses a bone or a kidney that will create problems for him to live, you can get the required part from another designer baby and can keep him alive as well."

Dr. Shepherd explains that with the replacement of defective genes through genetic engineering concerns arise regarding the potential for all generations in the future eventually having the same genetic makeup. She adds, "With a population that has the same genetic makeup, there is the chance of immunity to known diseases, however not to unknown diseases and viruses." Currently there is technology to do this at the level of the sperm and eggs — however, they are not approved by the government.

Dr. Shepherd says mitochondrial transfer takes a small amount of the DNA in the mitochondria, considered the cell’s energy factory, and passes it from mother to child. "When there are mitochondrial defects they can cause devastating problems," she shares. "Many of those who support genetic engineering argue that without this technology it prevents women with mitochondrial disorders from having children of their own."

However, the controversy surrounding genetic engineering is geared at what Shepherd refers to as a "misuse of technology." Shepherd says this can create "potentially perfect human specimens with no regard for diversity of the human genetic pool."

"This is important for survival of the human species and prevents unknown catastrophes," notes Dr. Shepherd. "There are also the ethical and moral concerns of this process and how it will affect future generations."

There are also some severe potential disadvantages of genetic engineering and mitochondrial transfers — including the potential for creating a genetic underclass, risks of mutations or the creation of superviruses when transferred genetic material mixes with human cells.

While our U.S. health officials may have the best intentions of saving babies' lives with this procedure, Dr. Shepherd suggests we proceed with caution. She says that we need to "have more discussion on the absolute necessity as well as creating some type of legislation to prevent abuse of this technology."

More on in vitro and getting pregnant

10 Fertility-boosting tips to get pregnant
IVF success: First successful pregnancy using new method
3 Surgeries that can save your fertility