What are the real odds of getting pregnant?

Dec 16, 2013 9:00 AM by Chaunie Brusie
Posted in Conception / Getting ready to conceive
Rate this Article:
Tweet
Pin It

The Answer May Surprise You

It’s something that some of us think nothing about and some of us put everything we have into achieving. Pregnancy seems to be really, really elusive or really, rather too easy. But what are the actual odds of getting pregnant? 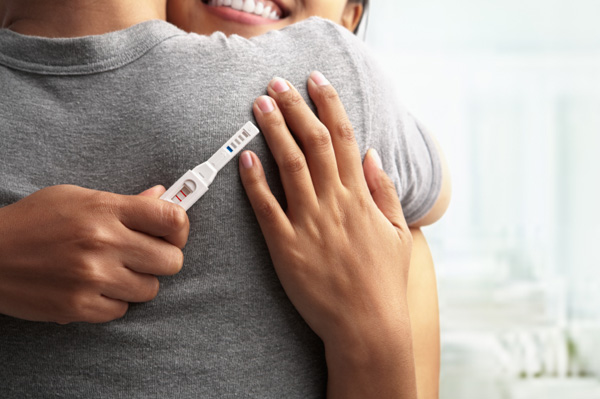 A woman getting pregnant

And yes, there are several different ways to get pregnant with some advanced technology these days, from IVF to surrogacy options.

But for heterosexual couples trying to get pregnant, it usually starts the old-fashioned way — with a few drinks and a romp in the bedroom (or living room or kitchen table — the location is not the point, OK?).

Pregnancy is something that happens when you might least expect it (been there) or eludes others completely. According to the Centers for Disease Control, 6.7 million people in the U.S. aged 15 to 44 experience some kind of infertility. And when you realize all that goes into making a pregnancy happen, from the book, From Conception to Birth: A Life Unfolds by Alexander Tsiaras, those numbers aren't really surprising.

Out of 300 million sperm that make it into a woman, only 3 million — that's 1 percent — find their way into a woman's uterus and even have a shot at fertilizing her egg.

Next, those chosen sperm have a ridiculous tough road ahead of them. They are literally swimming upstream to try to reach a woman's fallopian tube, which in relative terms to their size, is miles away from the opening of the vagina.

Along the way, those motivated sperm face a daunting course of physical obstacles. First there's a woman's natural acid, which luckily becomes less acidic when she's ovulating — otherwise, all that acid would mean instant death to the sperm. If they aren't killed off by the acidic secretions, the sperm have to fight their way through the cervix, the opening of the uterus, to make it through. The opening is blocked by a thick wall of mucus — otherwise known as the infamous "mucous plug."

All right, so the sperm have navigated through an upstream battle of burning acid and fought their way through a wall of stone — only to be faced with the choice of turning left or right — and only one path leads to victory. After the sperm make it to the uterus, they have to continue on to the fallopian tubes — and only one contains an egg, ready and waiting to be fertilized.

For the sperm that choose correctly, they are rewarded by entering into the path towards the fallopian tube, where more challenges await. The tube has waving cilia, finger-like structures that push the egg down, but also beat the sperm back. A woman's egg also has white blood cells surrounding it, like miniature bodyguards, viciously attacking sperm that try to get busy with their egg. In the end, of the hundreds of millions of sperm that are released during sex, less than 500 reach the egg, and less than a literal handful break the outer shell of that egg to have a chance at fertilization.

Are you as exhausted as I am? I almost feel sorry for those dang sperm. When you look at reproduction this way, it seems like a gosh darn miracle anyone ever gets pregnant.

Studies have tried to measure what the "real" odds are of an average couple with no fertility problems who have sex within the correct window of a woman's fertile period (usually 1 to 2 days before she ovulates, which varies for each woman, but usually occurs around day 14 of a 28-day cycle) and found that the odds of getting pregnant are lower than you may think. For instance, one study found that a couple having sex at the highest probable time for conception (2 days before ovulation occurred) had only a 1 in 20 chance of getting pregnant.

Add some fancy-schmancy math to those odds, multiplied out over a year, and you get the common figure of try for a year before you see if there's a problem.

I guess it makes sense.

But man — wouldn't you think nature would have found a better way by now?