Jan 31, 2012 1:28 AM by Stephanie Taylor Christensen
Posted in Conception / TTC
Rate this Article:
Tweet
Pin It

Should You Test At Home Or At The Doctor?

If you suspect that missed period is more than stress, you'll need to take a test. Should you take an at-home test, or leave it to the pros with a blood test? 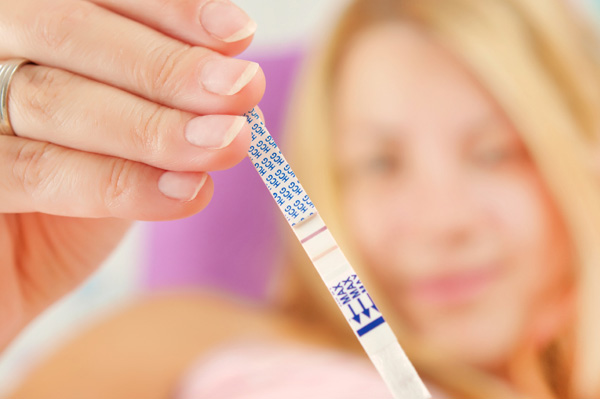 A home pregnancy test typically involves the collection of urine, either by holding a test stick into your urine stream for a few seconds or by dipping the stick into a cup containing your urine. Regardless of brand, at-home tests are looking for a hormone called human chorionic gonadotropin (hCG) in your urine. The hormone is produced in the body about six days after the egg and sperm join forces (though that number varies in every woman and pregnancy). Once production begins, the hCG levels increase every 48 to 72 hours thereafter -- leveling off and then declining sometime between week eight to week 11 of the pregnancy, according to the American Pregnancy Association.

At-home tests vary in their sensitivity levels, so read the box and instructions to ensure that you are using a test designed for the time frame when you are testing. (If you haven't quite missed a period, or are only a couple of days late, opt for a test designed for greater sensitivity.) At-home pregnancy tests will not tell you what your hCG levels are -- they only indicate whether or not they are present. If the hCG level is less than 5 mIU/cc, the test will usually come out negative. Levels over 25 mIU/cc will show a positive result. The catch is that "in between" level. The test may either detect it or not, resulting in a false negative, or you may see a very faint line, leaving you to wonder if you are or aren't pregnant. If that happens, your best bet is to wait about 72 hours for the levels to multiply and try again, or consult your doctor for the other pregnancy test option: a blood test.

Pregnancy blood tests use a slight draw of your blood to detect the same hCG hormone, though they may be able to detect it as early as two to three days after implantation. If you have been using a fertility monitor and/or ovulation test, you probably have a good idea of when conception may have occurred. In those cases, a blood test can give you the earliest read possible to know if you're pregnant. Blood tests are usually conducted at a medical lab or doctor's office, and can also tell the tester how much hCG is in the body. Though levels vary by person, doctors can monitor the quantitative hCG data and level at which it rises to determine whether a pregnancy appears to be healthy and viable very early in the process.

While hCG levels can tell doctors a lot about a pregnancy (including the potential for multiples), don't put too much concern on one number. The real value of hCG monitoring is how it progresses over time.