5 Steps to making a baby

5 Tips To Help You Conceive

We all know how to make a baby, but sometimes it doesn't happen when we want it to. Here are some tips from the experts and those who have been there to help you make your dream of having a baby a reality. 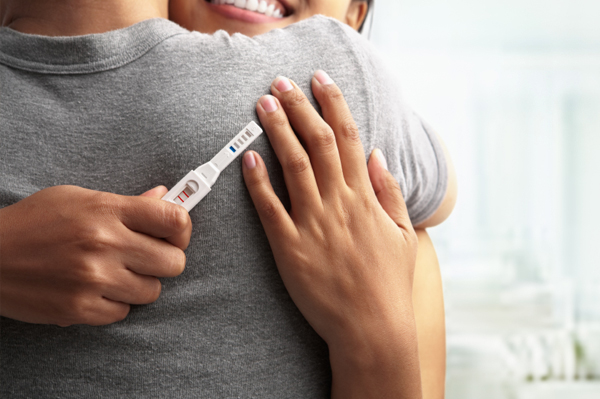 "However, radical weight loss prior to pregnancy just to achieve this weight is unnecessary and unhealthy," she says. "It is best to begin a sensible diet and exercise regimen prior to conception, and continue this while pregnant and postpartum. It is true that obesity increases the risk of certain prenatal conditions, such as gestational diabetes and hypertension in pregnancy, and can complicate a successful vaginal delivery."

Dr. Faris Ahmad, an obstetrician/gynecologist in Troy, Michigan, agrees it is a good idea to get into a good exercise routine prior to pregnancy. Mild aerobic exercise can be beneficial to pregnant women, but they are less likely to get on a good regimen while pregnant if they don't work out prior to conceiving.

Mom-to-be Paula Moore of Las Vegas says that, although she was always active before she conceived, being in shape for pregnancy was important. "The hardest thing for me has been trying to eat healthier and cutting out caffeine," she says. "But now that I'm pregnant, I am definitely eating better."

Getting in shape also means quitting smoking and drinking alcohol, both which have been shown to cause birth defects; taking prenatal vitamins; and consuming at least 400 micrograms of folic acid each day several months before you start trying to have a baby.

To maximize your chances of conception, try an ovulation predictor kit (OPK), which tests for luteinizing hormone -- the hormone that peaks at ovulation. To detect the LH surge, you test your urine near mid-cycle to determine an increased level of LH. Most women will ovulate within 24 to 36 hours after the LH surge is detected. If you have intercourse at any time during the 24 to 36 hours after you detect your LH surge, you will maximize your chance of becoming pregnant.

Marion McLaughlin of Aurora, Illinois, got pregnant the first time she used an OPK.

"It was the same kind of thing as the home pregnancy test, which isn't difficult at all -- just peeing on a stick," she says. "I conceived the same day I used it."

Getting in the mood

Whether you have tracked your ovulation for months or you are just giving this whole babymaking stuff a first shot to see what happens, chances are it will start to feel like more of a job than lovemaking after you do it for a while. So how do you keep your babymaking exciting?

"We try to still be romantic and do something relaxing beforehand," says Connie Coulon of Edgewater, Florida. "My husband and I usually snuggle up on the couch and watch a movie or a show on TV. I also never tell him when I am at my peak fertility. That seems to take the pressure off of him to perform. I have tried everything from lingerie to making out in the car to set the mood."

Sarah Close, of San Jose, California, who tried to have a baby for more than six months and is now in the early weeks of pregnancy, says, "As long as you both remember what you're working for, then it's not too arduous a process." She says keeping a sense of humor also is important.

"Remember that, although you have a goal you're working for and sometimes the timing isn't terribly convenient, it's still making love," she says. "In a way, it's sort of like exercising. You know you should do it and you know it will make you feel good, but sometimes you need help getting motivated to start. But if you remember the results will be good, it's easier to get going."

Kimberly Smith, pregnant with her first child, says keeping the surprise alive always helps. "My advice for staying in the mood is, don't just make love when you are ovulating," says Smith, of Virginia. "If you do, your husband will feel like a sperm donor. Also, use lingerie if you are comfortable in it. What man can turn down a lace teddy meeting him at the door?"

When a fertilized egg is implanted in the uterus, the body produces a hormone called human chorionic gonadotropin (hCG), and its presence can be detected by an at-home pregnancy test.

Take a home pregnancy test as soon as you suspect you may be pregnant. That way, you can take steps to help protect your baby and get on a healthy regimen early on.

Coping with a negative test

Getting pregnant doesn't always happen on the first go-around. As your heart races while you wait for the results and it comes back negative, know that you aren't alone and that many others are in your shoes.

Colleen Laughlin of Tallahassee, Florida, says somehow, she always makes it through seeing a negative result and tries again.

"Honestly, I just get over it," she says. "I tell myself there is nothing that can be done, and my time will come. Sounds pretty straightforward, but it's true. I mean, I get depressed, but I always work through it. My husband helps by being supportive and just saying, 'It will happen.' Every cycle, I just try to stay calm and not get my hopes up. I would be lying if I said I never did get my hopes up, I do, but I always seem to make it through."

There are a variety of support groups and message boards where couples trying to conceive can share their experiences with others. Use them. Remember, you are not alone; others out there just like you want a precious, healthy baby in their lives, too.

As always, if you have concerns about your fertility, check with your caregiver to see what the next step may be for you to help make your dream of becoming a mommy a reality.

Super early signs that you may be pregnant
Testing, testing! The wait to take a pregnancy test
Are you pregnant? The signs of pregnancy