Why Letting It Go May Be The Best Way

When my first daughter turned 2, I was bound and determined to get her potty trained. With a newborn at home, I was so over changing two diapers. But looking back? I think I pushed her too hard. 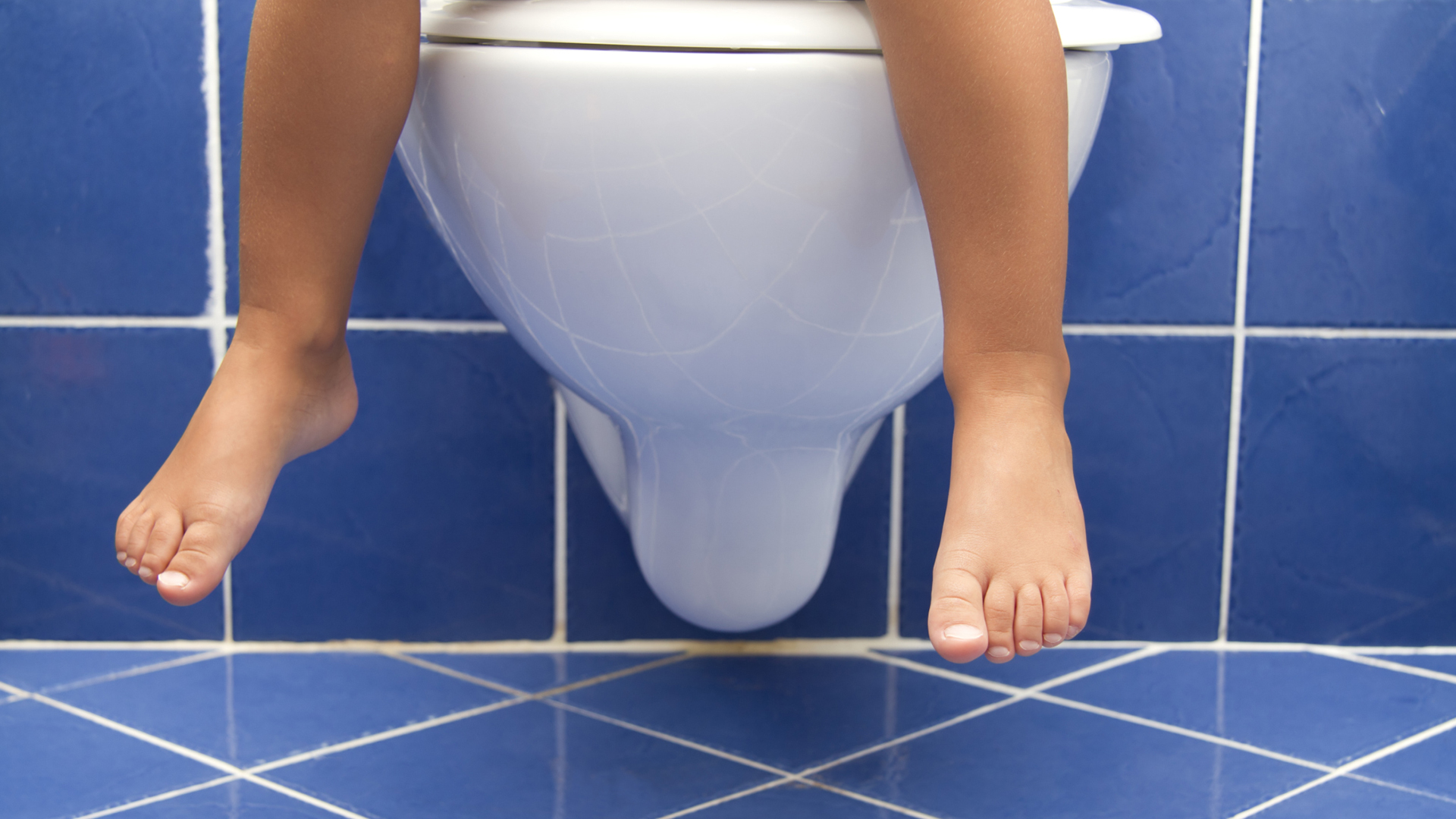 I admit I was a little more than nervous about having two children in diapers and I will also freely admit that after settling in at home with a newborn and getting through those first precarious days, I became a woman on a crazed mission:

To get my just-turned 2-year-old potty trained.

Perhaps the question here should be more along the lines of, what didn't I do to get my daughter potty trained. I focused all of my energy (what was left after a newborn, of course) on getting her to do the deed in the porcelain throne.

I bought the special potty-chair, made the ridiculous charts, bribed and bribed again. (If I recall correctly, M&Ms were a family favorite. Ahem.) I made up all the silly songs and celebrated each and every successful trip to the toilet as the celebration of the century. We went bare-bottomed and underwear-clad, me trailing behind her constantly with a pile of disinfecting wipes and a wary eye for that silent pause that would precede an accident. I remember my husband's constant amazement at my ability to perceive the instant before it would happen, because let's face it — it was the sole focus of my days.

And eventually, my persistence paid off; in a month's time, she was officially and irrevocably potty trained. I could finally breathe a sigh of relief.

Why I regret it

I may have succeeded in my goal of potty training my 2-year-old, but the truth is, I totally regret it.

Looking back at that time, I see an exhausted, over-stressed mother who was fixated on making her little girl into a big girl. It became less about her and more about me and what would make my life better.

I became like a woman obsessed and maybe it was a combination of hormones and that crazy time of finding my new normal in postpartum life, but whatever it was, it was completely unnecessary. I lost sight of how little my girl really was and started to think that she was deliberately thwarting my efforts. I got angry at her, frustrated with her and myself and I caused us both tremendous amounts of undue stress. There were tears through the whole ordeal, and it wasn't just my daughter.

How I changed my ways

When my third child was born, I thought back to the time of my first and I wanted to cry. How could I have not realized how little she was? Two is so young; she was still just a baby herself.

My second daughter turned 2 only two months before my third child was born and I didn't even think about potty training her until we were well and settled into life as a family of five. It was months before I felt like we had our new routine down and felt any kind of normal semblance again. Then, and only then, did I venture into the potty training world once again.

And this time, I took my time.

I didn't push, I didn't bully and I didn't get angry or upset when four days of progress would end in an accident. I realized that she was still so young and I needed to let her go at her own pace. Each child is different and I didn't want to make the mistake of pushing her like I had pushed my eldest. In the end, it took months for her to be completely potty trained.

And I was OK with that.

Now, as my third son nears his second birthday and I prepare to welcome baby No. 4, I consider myself a reformed woman in the ways of potty training. I've become convinced that it makes entirely more sense to let it go until a child is ready — and a mother is ready to understand that potty training is not always a magical, overnight process. My son will turn 2 in August and although I plan to introduce potty training over the summer (there has to be an advantage to boys plus summer, right?), I will absolutely not push him before he's 100 percent ready.

Because I've finally realized that potty training — like everything with parenting — takes time, understanding a child's individual development and growth and most of all, patience.