The real reason why many women don't breastfeed

Jan 06, 2014 9:00 AM by Chaunie Brusie
Posted in Baby / Baby Food and Nutrition / Breastfeeding
Rate this Article:
Tweet
Pin It 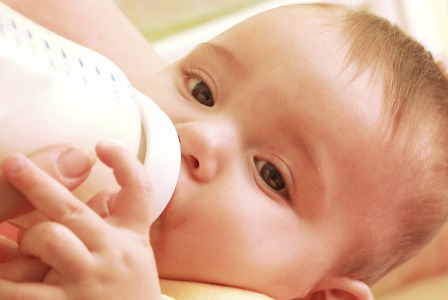 To feed or not to feed isn't the only question

Instead of more finger-pointing and guilt-heaping on mothers for not doing enough to promote their children's life-long health, maybe we need to be looking a little deeper into the real reason that more women are struggling with breastfeeding.

An article in Pediatrics that appeared in September 2013 showed that an overwhelming majority of U.S. women — 92 percent — have concerns in the first weeks of breastfeeding that make them consider switching to formula. Mothers' concerns included questioning if their milk supply was adequate or if their baby's latch was correct.

And among women who choose breastfeeding, those common concerns lead most women to give up breastfeeding completely. The Centers for Disease Control (CDC) reports that only 16 percent of babies who started out being breastfed are still being breastfed by 6 months of age.

I did decide to breastfeed my children; — it was important to me and I happen to be a nurse, so I couldn't exactly pretend I wasn't aware of the immense health benefits that went along with breastfeeding. But I will tell you truthfully that I basically spent three and a half years of my life almost solely focused on breastfeeding. The ebb and flow of my days were spent around the baby's feeding schedule. I reduced my work hours drastically at the hospital, because I hated pumping and my kids refused to take a bottle. And although I definitely have nursed in public and don't have a problem with it (or other women doing it), I preferred to feed my babies privately, so I did limit activities outside of the home as well.

In short, breastfeeding my children was a huge commitment, and I think all of those studies are greatly overlooking just how hard it can be to stay committed to breastfeeding. Even simple things, like going out to dinner or going to work suddenly become a lot more complicated. The truth is, every day women do have to weigh the benefits of breastfeeding with the realities of their lives. Do they have time to breastfeed? Do they want to adapt their wardrobe to make it nursing-friendly? Will their partners support them?

Those studies about women not continuing breastfeeding don't surprise me, because it's kind of a self-defeating circle isn't it? Without a lot of women breastfeeding, or sticking with breastfeeding, it's still not the norm in our day-to-day society — at church, at work, even in the grocery store — a breastfeeding mom is still a spectacle. Our world just isn't a super accommodating place for nursing mothers.

Along with the serious hard work that breastfeeding can entail (hello extra 500 calories a day!) and the fact that society isn't really set up to support the breastfeeding mother (she should be home, where she belongs, right?) there are the infamous mommy wars about breastfeeding moms vs. formula moms that contribute to moms feeling like they are "failing" in the breastfeeding journey. You know, the real healthy stuff like Time magazine's slogan, "Are You Mom Enough?"

Between the overwhelming studies thrown at us every day to the harsh reality of what it's actually like to breastfeed a hungry newborn, there's a lot of pressure on moms. And sometimes it may feel too overwhelming altogether. So moms, relax and listen to my words of wisdom.

Breastfeeding is a healthier, more natural and more beneficial choice for babies, no doubt about it. The studies and evidence really can't be contested there.

Breastfeeding is better. But you know what? So would never be letting my kids eat chicken nuggets — but they do. Why? Because it's convenient once in a while. Because I need a break. Because sometimes, life is busy and it's nice to have a fast food option.

There are a lot of things that would be "better" for my kids. And while I do what I can, when I can and where I can, the fact of the matter is I can't do everything. But I make my choices, just like every other mother and hope for the best. Or in some cases yes, OK, the breast.