No Bottles Or Pump For This Baby

A Canadian mom has defied a court order that said that she had to send her breastfed infant to his father’s house for the weekend. Is the court right to insist that she hand her baby over, or does a breastfed baby need to stay with his mom? 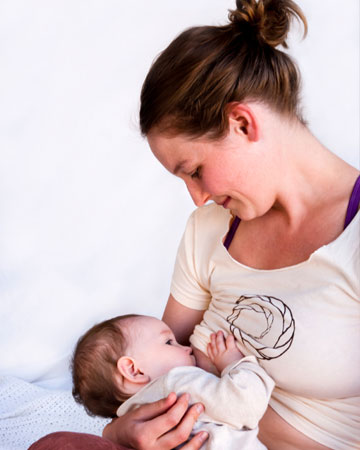 Tamara Bolan is the mom of two young children -- a 2-year-old daughter and a 4-month-old son. A court decision has mandated that she allow the father of her children to take custody of them every weekend, but Tamara has balked at this suggestion because her baby is exclusively breastfed. Is she within her rights to refuse to send him to his dad’s, or does a court order trump everything?

Tamara doesn’t want to send her boy because he’s exclusively nursing, he hasn’t successfully taken a bottle and she hasn’t had good luck with a breast pump. She is worried that her child won’t be able to eat while he’s away, and she doesn’t want her milk supply to dry up. Most courts try to accommodate nursing moms and their babies, but this one has handed down a mandate that is impossible for her to fulfill, which led her to refuse to send her baby to his dad’s this weekend.

She also treasures their breastfeeding relationship. She enjoys their quiet bonding time, like most nursing moms do. Also, her baby, Luke, is currently doing a lot of cluster feeding, which means he’s spending a lot of time at the breast, possibly to boost her supply for an upcoming growth spurt.

Moms everywhere are siding with Tamara. “Four months is too young!” said Kimmy, mom of three. “The judge in my older sister's divorce decided she didn't have to send her son on overnights with his father until 15 months because of breastfeeding.”

Christine, mom of one, agreed. “This is garbage,” she told us. “I would do what she did too.”

There is also the factor of attachment, and how nighttime separation can be detrimental to a baby in the first year of life. The popular breastfeeding advocacy Facebook page Unlatched recently posted about a new study out of the University of Virginia that researched the effects of separation on infants. The study’s lead author, Samantha Tornello, is a Ph.D. candidate in psychology in U.Va.’s Graduate School of Arts & Sciences. She said, “Judges often find themselves making decisions regarding custody without knowing what actually may be in the best interest of the child, based on psychology research. Our study raises the question, ‘Would babies be better off spending their overnights with a single caregiver, or at least less frequently in another home?’”

The research found that infants who spent at least one night a week away from their mothers developed attachment issues when compared to babies who had fewer overnight visits or who saw the other parent during the day. They also found that it became less of an issue when children were toddlers and preschoolers.

What the future holds

Tamara’s lawyer is launching an appeal on the access order, and a lawyer local to Tamara who isn’t involved in the case has expressed shock that the court wasn’t more accommodating, stating the outcome was rare indeed.

Hopefully the order will be revised, for both breastfeeding and attachment reasons, and as her son grows older, he will be able to enjoy spending his weekends with his dad.