Why it’s important for kids to see breastfeeding

Apr 24, 2013 8:00 AM by Monica Beyer
Posted in Baby / Baby Food and Nutrition / Breastfeeding
Rate this Article:
Tweet
Pin It

I’m a huge proponent and supporter of breastfeeding — this is no secret, as I’ve breastfed all of my children and am still nursing my 3-year-old daughter. As a supporter, I often read news articles about breastfeeding and, even though I know I totally shouldn’t, I scroll to the end of the page when I’m done and read the comments. 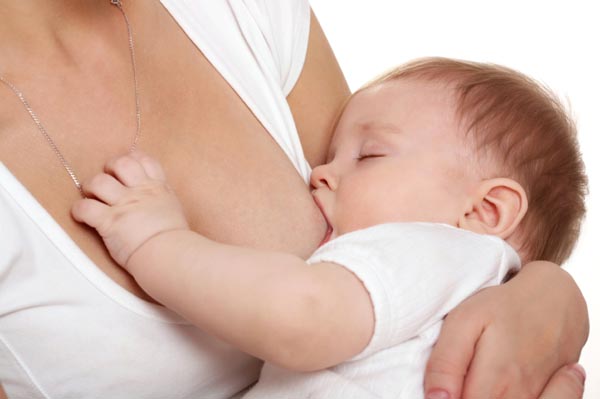 I am always so discouraged when I read comments from people on breastfeeding issues — particularly, the subject of nursing in public. I have read the most ridiculous, insulting statements about nursing in public — statements I wouldn’t dream of repeating here, or anywhere. Some make my heart hurt. Others make me feel a huge loss for our species and where we’re headed.

When you think about it, decades ago when women dressed far more conservatively than they do now, breastfeeding was truly no big deal. I have seen photos of a gal nursing her babe at a train station, surrounded by all sorts of people, and no one is even paying any attention to her. Breastfeeding simply existed — it was just a way that moms fed their babies.

And this is why I think it’s so important for children to see their moms breastfeeding, their relatives — and yes, even strangers out in public. So they can grow up thinking that it’s perfectly normal, and so they don’t go online and write things like, “I had to explain to my children what she was doing.”

"When kids only see babies bottle-fed, they tend to think that’s the norm."

I have read statements like this from people writing in news articles and on Facebook, and it baffles me. Just like when I read about a children’s television program host who was missing part of her arm and parents complained that they didn’t want to have to explain “why” to their kids. It just boggles my mind.

I grew up only seeing someone breastfeeding once. I went into a restroom at a mall and accidentally banged the door into a mom who was standing up and nursing her baby. I was a little kid but I still felt terrible, and I was confused why she was feeding her baby in the restroom. Even without more exposure to nursing moms, I still wanted to give it a try when I had my first, but I know that when kids only see babies bottle-fed, they tend to think that’s the norm.

Kids are naturally curious, non-judgmental and very accepting — and open to new learning. So if a little child sees women breastfeeding, she will hopefully grow up to understand that it’s just the way it should be, and won’t blink an eye when they encounter a nursing mom as an adult.