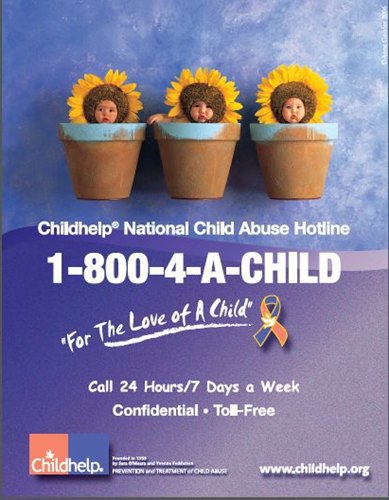 The Child Welfare Information Gateway has compiled a list of child abuse red flags to watch out for, which includes the following common signs of child abuse...

The Parent and Child:

How to report suspected child abuse: If you see signs of abuse and don't report it, that does, in my opinion, make you a guilty party in the abuse of a child. If you see abuse it only takes a moment to report it and you may save a child's life. The Childhelp National Child Abuse Hotline runs 24 hours a day, 7 days a week, with professional crisis counselors who have access to a database of 55,000 emergency, social service, and support resources. All calls are anonymous. Contact Childhelp at 1.800.422.4453. You can also contact state organizations.