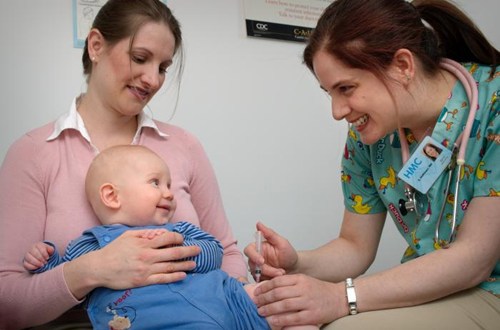 Justice Antonin Scalia pointed out that Congress set up a special vaccine court to handle such claims. The special court is supposedly a way to "Provide compensation to injured children without driving drug manufacturers from the vaccine market. The idea was to create a no-fault system that spares the drug companies the costs of defending against parents' lawsuits." According to New Jersey On-Line LLC., "The American Academy of Pediatrics praised the decision." Dr. Marion Burton, the group's president noted, "Childhood vaccines are among the greatest medical breakthroughs of the last century." Obviously not everyone will agree. There's many debates over vaccines among parents and in the medical community. Take a look at the following past P&B posts about vaccines. What do you think? Should parents be allowed to sue drug companies for vaccine side effects? + Source Image ©James Gathany via CDC/ Judy Schmidt