Are you too worried about SIDS? 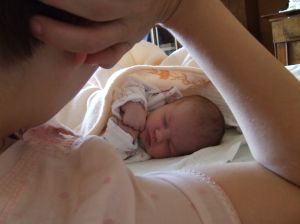 First of all, get comfortable with SIDS points to live by - if you're prepared and take precautions against SIDS you won't be as worried. Next familerize yourself with how your baby normally sleeps. Most babies I've met have this annoying ability to sleep like the dead, which can be terrifying. My own son slept very still sometimes, he'd appear to be barely breathing, and believe me, I was not above poking him. Some babies do tend to sleep very still - knowing how your baby sleeps most of the time can help you to notice when something really is not right. Know SIDS facts and statistics. SIDS is the number one fatality cause in babies under one year of age, but in truth very few babies actually die of SIDS, some studies estimate about 2 in 1000. Plus the number of SIDS deaths are down one half of what they were in 1990. SIDS deaths are down because parents follow safety precautions better now, such as the ones mentioned above in SIDS points to live by. You do need to relax about SIDS because while it is scary, you won't do your baby any good by being overly stressed all the time. I was worried about SIDS too, and co-sleeping really helped me to chill out. If you're not comfortable with co-sleeping you may want to have your baby at least sleep in your bedroom, in a bassinet or crib. Monitors are not suggested. Monitors are only useful when recommended by a doctor - and that's normally when a baby has had a stop breathing episode. One study a while back showed that monitors for perfectly healthy babies actually stressed out parents more than no monitor. One thing that is useful is to take an infant CPR class - this helps you to relax because it teaches you what to do if your baby does stop breathing, and not feeling helpless does take a lot of fear away. If you feel really, super, overwhelmed with SIDS fear, that not a good thing. Talk to your health care provider and let them know that you're overwhelmed - they'll be able to offer you suggestions on how to relax. Visit the National Sudden Infant Death Resource Center to learn more.