Why I chose a baby name you've never heard 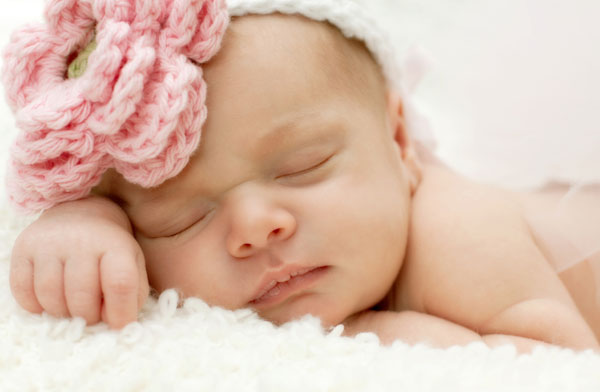 I've been name-obsessed since I was in 5th grade. I've always known my child would have a unique name. I wanted something that would never be in the top 1,000 baby names list, and to do that, I had to choose one that few have chosen before me. Here's why it was important to me:

When you get introduced to someone and they have a unique name, you're more likely to remember it. You'll never confuse that person with another "Eulalie" or "Mirabel" because you've likely never met one before. An uncommon name leaves a lasting impression.

It's an ice breaker

The conversation will start quickly after meeting new people as they'll inquire where her name came from, what it means, if she was named after a family member, its origin and so on. It serves as an ice breaker and she'll have a fun story to tell people right off the bat.

It will never be too popular

There were a lot of names on our list that we liked and were not popular, but if a celebrity were to use it or it appeared on a television show, it would skyrocket in the rankings. By choosing a name that's not even in the baby books, the likelihood of that happening is very slim.

My daughter is not your "average Joanne" and I didn't want to give her a cookie-cutter name either. Her name will fit exactly who she is because she's pioneering it. You can't say, "Oh, she doesn't look like a Sabrina!" because there's no other person with the same name to compare her with.

You can't put a label on her

People very quickly judge a book by its cover. A first name tells a lot about who we are as individuals — or at least we think so. Just like our hair color or height, accents or clothes shine a subtle light into a person's character, so does a name.

For example, a kid with an ethnic-sounding name might be thought to be from a particular country, race, religion, ethnicity or culture, even though they're not. Some names even sound as if they come from a different class or socioeconomic status — whether good or bad. By giving my daughter a name you've never heard before, she can't be judged by it.

20 Things to consider when naming your baby
Baby names not in the top 1,000
Western baby boy names